Swamp Update: Trump Signals He Is Ready to “Work With Democrats” 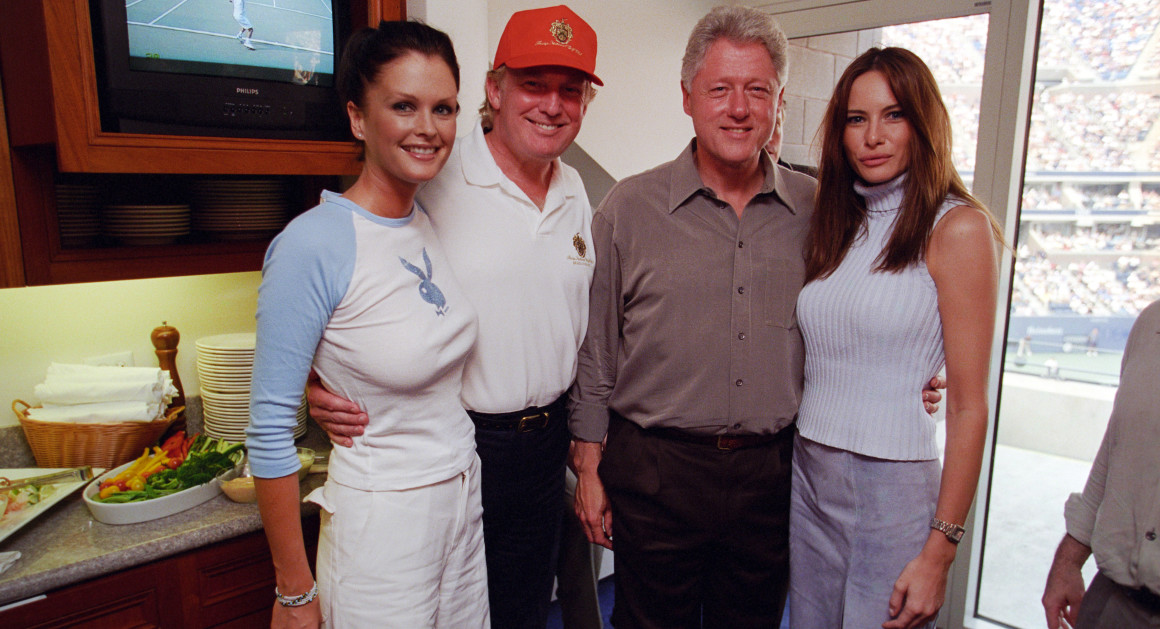 The Wall Street Journal reported on Trump’s plans to play hardball by legislating from the left, if necessary, as proposed by White House chief of staff Reince Priebus.

That would be the *wink, wink-nudge, nudge* moment for those who thought the man was anything other than a longtime Democrat donor and friend.

Days after the House GOP health bill collapsed due to a lack of support from Republicans, White House Chief of Staff Reince Priebus brought up the idea of working with Democrats multiple times, leaving little doubt that the White House intended to send a message to the hard-line Republican flank.

“This president is not going to be a partisan president,” Mr. Priebus said on “Fox News Sunday.” He said that while “I think it’s time for our folks to come together, I also think it’s time to potentially get a few moderate Democrats on board as well.”

The Obamacare replacement bill was only one of several bills Trump is hoping to get through.

On Friday, Mr. Trump repeatedly said he was willing to work with Democrats on a new health bill. Earlier this month, he met with House Democrats and told them he wanted to work with them on legislation to allow the government to negotiate for lower drug prices. Mr. Trump has also repeatedly talked about a large infrastructure project to rebuild the nation’s roads and bridges—a measure that also could bring both sides to the table.

Trump wants to increase military spending, and will possibly cut domestic programs to do it. That’s not going to earn him any friends on the left, however.

Trump and the Republicans also want to take a shot at fixing the tax code.

If Mr. Trump produces a middle-class tax cut, there could be Democratic support. But his campaign plans featured significant rate cuts for high-income households, including a repeal of the estate tax. Tax policies along those lines wouldn’t find much favor among Democrats.

And while Trump initially blamed Democrats for not getting behind the Obamacare replacement bill, it wasn’t long before he turned on Republicans.

Trump has known Chuck Schumer for years, investing in his campaigns, and has some tentative support among moderate Democrats, like Senators Joe Manchin and Heidi Heitkamp.

Right now, Democrats feel like they still have the upper hand. They’re counting the failure to replace Obamacare as a victory.

Other issues, such as Trump’s intention to undo former President Obama’s plans for curbing global warming might be too much for Democrats to bear.

It’s still early, but so much of what Trump is attempting is all over the place, with no ideological home.

The rest of the year is going to be a time of testing, not just for the administration, but for the whole nation.