Trump stabs NUNS in the back on contraception mandate 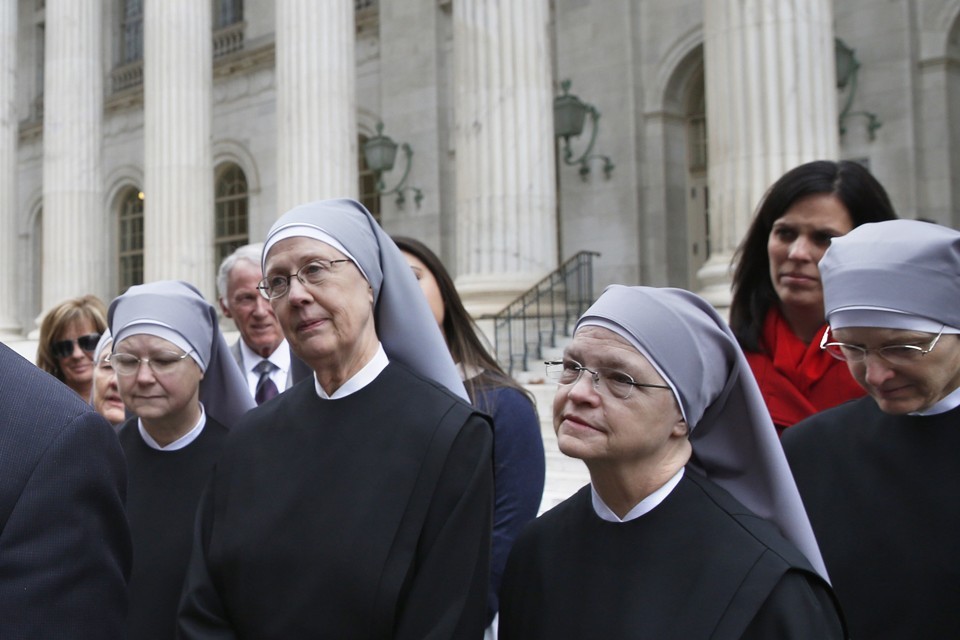 Dude. After telling the “Little Sisters of the Poor” nuns that he would get Obamacare off their back about providing contraception against their religious conscience, he’s stabbing each little old nun right in the back.

From the Star Tribune:

President Donald Trump promised religious groups he would reverse the Obama administration’s requirement that employers provide birth control to their employees under the Affordable Care Act.

But his Justice Department indicated Monday that it’s continuing to fight religious groups who are suing over the contraception mandate.

The Justice Department has asked the U.S. Court of Appeals for the Fifth Circuit for an additional 60 days to negotiate with East Texas Baptist University and several other religious schools and nonprofit groups objecting to a requirement to which they are morally opposed.

Several religious groups are dismayed and confused by the Trump administration’s move, including the Little Sisters of the Poor — a group of nuns — that fought the mandate for several years but expected an immediate reprieve under the GOP president. They believed either the Justice Department would halt its appeal in the case or the administration would seek a rules change from the Department of Health and Human Services.

It may be that this is just temporary, but why do this at all? Trump specifically told THOSE nuns that he would help them!!

Here’s a nun actually praising Trump for what they expected was relief from the jack boot of the government: