Trump Tells Netanyahu to “Hold Back on Settlements”; Netanyahu Says He Is “Ready to Study Restraining Settlement Building” 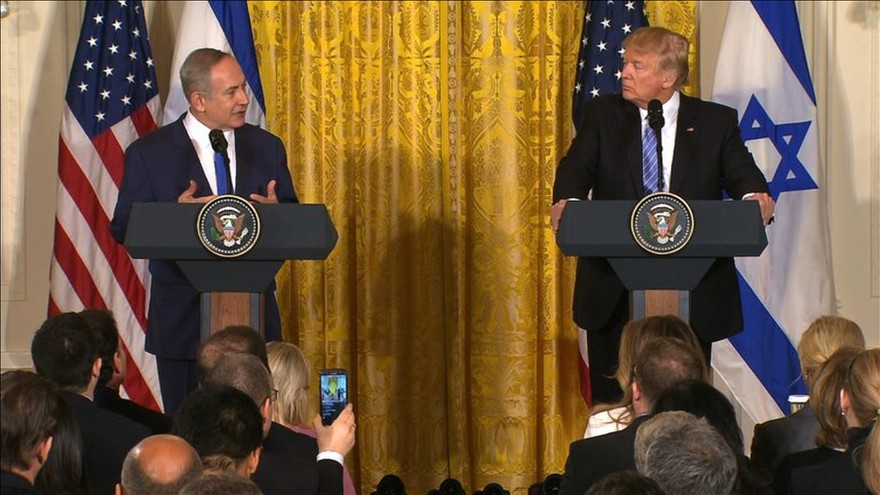 After meeting with Trump, Netanyahu says he is “ready to study restraining the building in the settlements.”

During a joint press conference today, Donald Trump and Benjamin Netanyahu talked “peace”, “two-state solutions”, and other major topics. But it’s what Trump said regarding settlements that has the Internet buzzing.

President Donald Trump told Israeli Prime Minister Benjamin Netanyahu Wednesday that the US is going to push for a peace deal with the Palestinians and asked Israel “to hold back” on settlement construction.

“I’d like to see you hold back on settlements for a little bit,” he said, a stronger opposition to the controversial building in the West Bank than he’s previously articulated.

Trump’s indication is that he wants Israel and Palestine to negotiate their own terms without U.S. interference, but directly asking Netanyahu to ease off on West Bank settlements appears to strike some as backtracking a bit on earlier support for Israel’s actions.