At a facility in Judea of UNRWA, the UN body tasked with caring for “Palestinian refugees,” a festive ceremony was held on Monday honoring Abd al-Hamid Abu Srour, the 19-year-old Hamas terrorist who exactly a week ago bombed a bus in southeastern Jerusalem.

Journalist David Bedein, director of the Jerusalem-based Israel Resource News Agency as well as the Center for Near East Policy Research, told Arutz Sheva about the UN event to honor the terrorist who conducted the first bus bombing of the current terror wave, in which he died while wounding 15 victims. 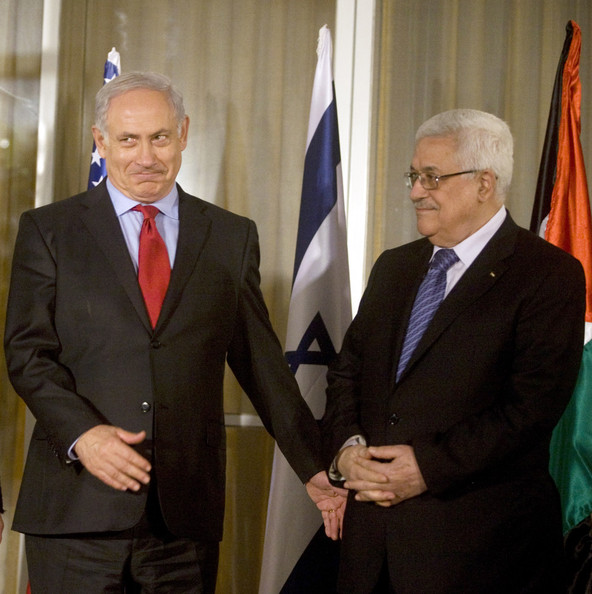 The investigative journalist revealed that Israeli media consciously has been ignoring UNRWA’s ties to terrorism, and the Israeli government is culpable as well.

Bedein said he sent a film crew to capture “the festivities for the ‘martyr’ who fell victim, while encouraging the ‘right of return’,” in reference to how UNRWA works to keep “Palestinian refugees” from integrating in other countries as opposed to UN policy on all other refugees. UNRWA instead demands all five million descendants of Arabs who left Israel in the 1948 War of Independence be ‘returned.’

The event honoring Abu Srour took place “in a facility called Aida (near Bethlehem), a facility that at its gate has a huge monument of a lock and key symbolizing the hope of Palestinian return to the villages of 1948,” Bedein told Arutz Sheva.

This monument, noted the journalist, was paid for by funds that arrived from the German government, and a school at the facility was funded by the US, Canada, Sweden, Australia and other Western nations.

“The central topic of studies there is the ‘right of return’ in context of the armed struggle,” he said, describing terrorist indoctrination at the site.

Bedein said that members of his film crew aren’t only documenting the UNRWA festivities celebrating the terrorist Abu Srour, but also are interviewing his family members. The movie they are preparing will soon be screened in front of American Congressmen.

“They are proud that he is a ‘martyr,'” the journalist said of the bus bomber’s family.

Speaking about documentation that his film crew previously conducted at an UNRWA school, he said the crew filmed and translated the textbooks studied at the organization’s educational institutions.

In the schools, “this entire topic of being a ‘martyr’ is thought to be very honorable. He (Abu Srour) graduated from the school there (at Aida), and all of his family members are studying there.”

“Currently there is quiet from the Israeli government, which is not stipulating the transfer of funds to UNRWA on the cancellation of the new study program that talks about the ‘return’ in context of the armed struggle,” said Bedein.

He detailed how for the last 20 or so years there has been an alternate study program dealing with peace, but it has not been implemented in Palestinian schools at all and particularly not in UNRWA schools, because of the veto placed by the Palestinian Authority (PA) on the program.

He noted that Gilad “two weeks ago got up at the Truman Institute and spoke about (PA Chairman Mahmoud) Abbas’ aspirations for peace. I sent him a question (asking) what about the educational system, and he still hasn’t dealt with (the question).”

“There is no statement from the government of Israel demanding stipulation of this sort,” he said, calling for the transfer of funds to be conditioned on the end of the terror inciting educational program.

The journalist told Arutz Sheva that “this week there will be a hearing in the American Congress on the bill of the Chairman of the Middle East Committee in the House of Representatives to condition the transfer of funds to the Palestinian Authority on a change in the educational system.”

“The law still hasn’t been passed because the government of Israel still hasn’t given its support for it, and AIPAC is silent and in effect is killing the bill.”

Bedein concluded by noting that he sent a press release on the UNRWA celebrations for the terrorist Abu Srour to 600 journalists throughout Israel, and other than Arutz Sheva, not a single one contacted him back.

When he contacted them to confirm that the materials reached them, he was told that they did indeed arrive, but when he asked why they did not report on the celebrations he was not given an answer.