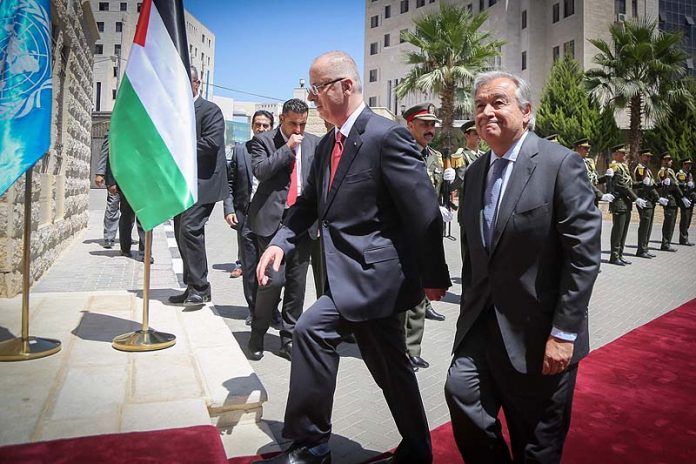 The plan includes, for the first time, an active and visible participation of the UN in the PA’s diplomatic struggle against Israel. According to the plan, the UN, its organizations and affiliates, will offer financial support to the tune of $1.3 billion over the years 2018-2022, with the goal of “ending the occupation, mobilizing international support, blaming Israel, strengthening Palestinian ties around the world, and rousing UN support for a transition to Palestinian independence.”

Another clear objective is “dealing with the negative implications of the state of planning and construction in Area C,” which is under full Israeli control. In other words, this is also an attempt to abolish Israel’s powers of planning and building in the area of the settlements—powers that are based on the bilateral Oslo accords.

For example, on page 16, the plan states: “The UN will support efforts to protect the Palestinian character and identity of East Jerusalem, the future capital of Palestine.”

Israel’s Foreign Ministry told Makor Rishon on Thursday that “this is indeed a plan that goes beyond humanitarian aid to the Palestinians and constitutes an attack on Israel.”