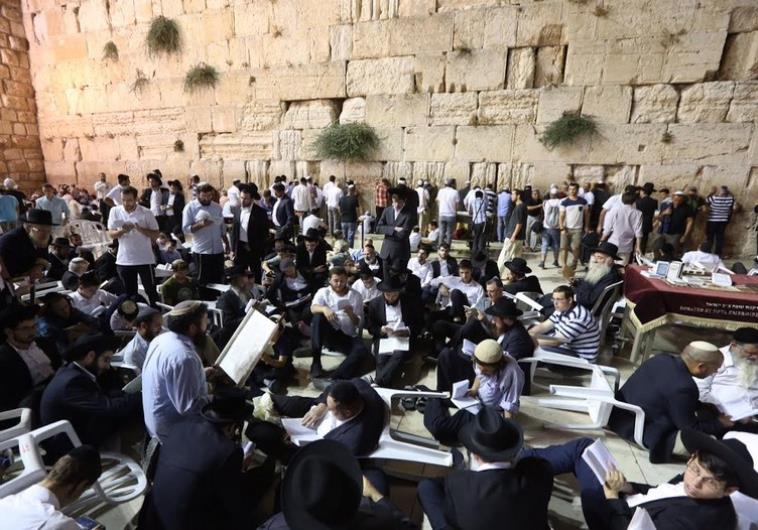 Israel is working to thwart a draft UNESCO resolution which declares that the Western Wall in Jerusalem – the most holy site in Judaism – belongs to al-Aksa Mosque compound.

The draft text to be voted on Wednesday in Paris states that UNESCO “affirms that the Buraq Plaza is an integral part of al-Aksa Mosque/al-Haram al-Sharif.”

Israeli Ambassador to UNESCO Carmel Shama Hacohen called the resolution “a total Islamization” of a site that is revered by [Judaism].

The six-page draft resolution – submitted by Egypt, Tunisia, Algeria, Morocco, Kuwait, and the United Arab Emirates on behalf of the Palestinian Authority to the UNESCO Executive Board – broadly condemns Israeli actions in Jerusalem, the West Bank, and Gaza.

At no point does the resolution mention the Jewish historical connection to Jerusalem, which dates back to biblical times. Nor does it reference the Temple Mount or the Western Wall, which was part of the retaining wall King Herod built for the Temple Mount more than 2,000 years ago. It also relies solely on Arabic names for the holy sites on and around the Temple Mount.

Deputy Foreign Minister Tzipi Hotovely added that the resolution is an attempt by the [Arab Muslims] to rewrite history, by going after one of the essential foundations of Judaism.

In the past, the United Nations Educational, Scientific, and Cultural Organization has typically approved resolutions condemning Israeli actions in Jerusalem, but none of those texts has attempted to reclassify the Western Wall.

The [Arab Muslims] are expected to have an automatic majority among the 58-member states of the UNESCO Executive Board for a broad based anti-Israel resolution on Jerusalem and the Temple Mount, Hacohen told The Jerusalem Post in an interview from Paris. The ambassador added that he does not believe the support exists to reclassify the Western Wall as part of a religious Muslim site.

The resolution may fail unless the line about the Buraq Plaza is removed, he added.

“To disconnect the Jewish people from the Western Wall is one step too much, even for nations that are the most anti-Israel,” Hacohen said.