The eugenics-obsessed leftists with their global climate scam always call for “population control” as one of their sick and evil plans that shows a total disregard for human life. And even though there is absolutely no danger of over population, they “claim” that someday there will be. The entire world population could fit in the state of Texas and it’d only have the population density of New York City!

“[C]ountries can realize a ‘demographic dividend,’ made possible by falling mortality and fertility rates. 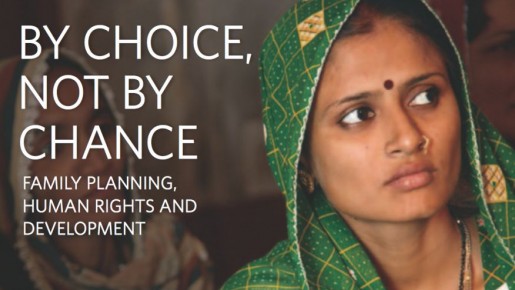 he youth of the world, between the ages of 10 and 24, have a right to sexual and reproductive health to give countries a “demographic dividend,” according to the United Nations Population Fund’s report, The Power of 1.8 Billion: Adolescents, Youth and the Transformation of the Future.

Executive Director Dr. Babatunde Osotimehin writes in the foreword, “With the right policies and investments, countries can realize a ‘demographic dividend,’ made possible by falling mortality and fertility rates. With a larger working population and fewer dependents, a country has a one-time opportunity for rapid economic growth and stability.”

The report details how to achieve this daunting task of meeting the needs of 1.8 billion 10 to 24 year olds including “sexual and reproductive health services, including safe abortion care” in order to stave off the world’s youth population soaring over 3.5 billion by they end of the century, as the report states.  It would include “investments” in family planning, health, education and ending gender discrimination. “The extent to which an increase in per capita resources resulting from fertility declines translate into higher living standards depends on policy settings,” states the report.

Parents of these children, as well as societal and cultural factors, are blamed in the report for much of the disparity experienced by this age group.

The Center for Family & Human Rights took notice of the report and noted that, “UNFPA also criticizes laws against ‘same-sex behavior, drug use, and selling sex or sex work,’ on the grounds that they ‘fall particularly hard on young people realizing their sexual and reproductive health and reproductive rights.’ It adds:

Ideally, parents should be a primary source of information and guidance on sexuality, the report allows, but this ‘does not happen the way it should.’ In UNFPA’s view, parents often ‘do not know how to talk to their children about such matters.’

CFH also points out that reducing fertility rates in developing countries wouldn’t necessarily bring about economic prosperity, based on dependent children being less of an economic burden on society than dependent elderly people.

In total, the UNFPA report asserts that the key to development is ensuring that adolescents’ sexual behavior is unsupervised, unrestricted, publicly funded, and, above all, non-procreative. UNFPA posits that the imposition of sexual anarchy upon youth will ensure their well-being and that of the whole world.