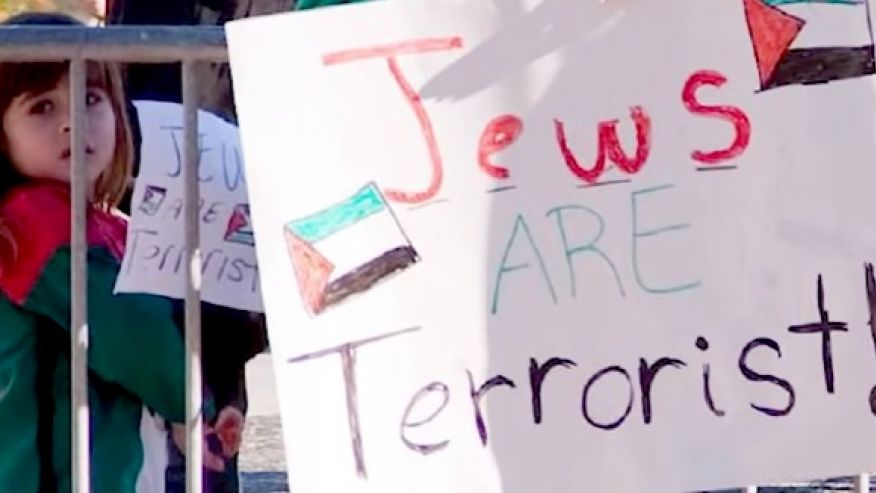 The University of California Board of Regents unanimously approved a watered-down statement condemning anti-Semitism on campus. The statement says the university would not tolerate anti-Semitism “but rejected a proposal to equate anti-Zionism with religious bigotry.”

Pro-Palestinian campus activists, however, say they are simply voicing legitimate criticism of Israel, which, they say, is being misconstrued, creating a pretext for pro-Israeli activists to squelch the Arab side of the Mideast debate.

The regents rebuffed draft language that would have broadly defined opposition to Israel as anti-Jewish bigotry, with the board instead voting to disapprove “anti-Semitic forms of anti-Zionism.”

Critics of the proposed statement said that “a blanket condemnation of anti-Zionism as anti-Semitism, as contained in the original draft, would have trampled academic freedom and opened the university to costly litigation.”

The Pro-Palestinian movement said the latest statement was merely and attempt to silence political criticism of Israel, including the BDS movement to withdraw investment from Israel.

One student cited an example of such “criticism” when the phrase “Zionists should be sent to the gas chamber” was painted on a building at UC Berkeley “after a student senate campaign calling for university divestment from U.S. companies doing business with Israel.”

Some students felt the amended language of the statement still confused Israel as a political issue and anti-Jewish bias.

“Anti-Semitism and anti-Zionism have very little to do with each other,” [which is a complete lie] said Tallie Ben Daniel, an academic advisory council coordinator for the group [the so-called] Jewish Voice for Peace.