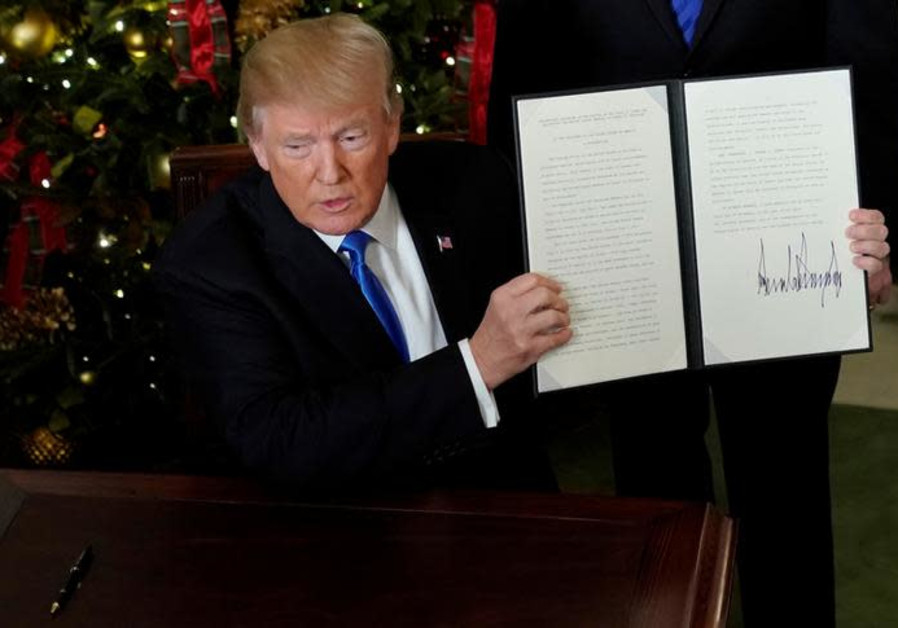 The United States is asking Israel to temper its response to the U.S. recognition of Jerusalem as its capital because Washington expects a backlash and is weighing the potential threat to U.S. facilities and people, according to a State Department document seen by Reuters on Wednesday.

“While I recognize that you will publicly welcome this news, I ask that you restrain your official response,” the document dated Dec. 6 said in talking points for diplomats at the U.S. Embassy in Tel Aviv to convey to Israeli officials.