The Obama administration is scrambling to track down an Al Qaeda terrorist released from Guantanamo Bay years ago, offering a $5 million reward for information on him and placing him on a global terrorist list. 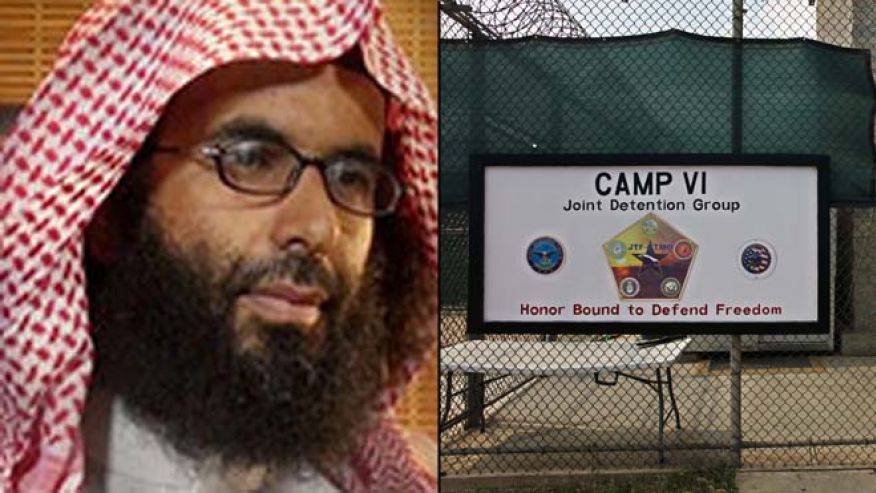 Ibrahim al-Rubaysh was originally released in 2006 by the George W. Bush administration and put into a Saudi Arabian “rehabilitation” program. However, al-Rubaysh returned to the battlefield and now serves as a top leader with Al Qaeda in the Arabian Peninsula — one of the most dangerous Al Qaeda affiliates.

The case underscores the continued risks in transferring detainees from the controversial prison camp — another four were released over the weekend to Afghanistan.

The Pentagon, though, insists that it continues to take precautions before releasing prisoners.

“Since 2009, the Defense Department and five government departments and agencies conduct thorough security and intelligence reviews prior to transferring Guantanamo detainees,” Caggins said.

Recent alerts from the State Department revealed how al-Rubaysh has reestablished himself in militant circles since his release.

A briefing posting on the department’s Rewards for Justice website offers up to $5 million for information that “brings justice” to the former detainee. It says he has served as a senior “sharia official” with AQAP since 2013 and as such, “provides the justification for attacks conducted by AQAP.” He also is involved in planning attacks, the posting says.

A statement released last week by the department putting him on a list of “Specially Designated Global Terrorists” offered more details about his activities. The department said al-Rubaysh has made public statements, including this past August, “where he called on Muslims to wage war against the United States.”

The group criticized the “laughable Saudi rehab program, which started under Bush and continued under Obama.”

Judicial Watch wrote: “It turns out that al-Rubaysh is the poster child for the Saudi rehab’s failures. He’s a dangerous Al Qaeda operative based in Yemen and now, years after freeing him, the United States wants him captured.”

Detainee transfers have continued at a steady clip, to countries all over the world, since the Bush administration. A total of 23 detainees have been released this year, and more of the 132 detainees left at Guantanamo are expected to be transferred in the coming months.

GOP lawmakers have raised security concerns, warning that some could return to the battlefield and endanger U.S. troops serving overseas. But the administration says the camp itself undermines national security and should still be shuttered.