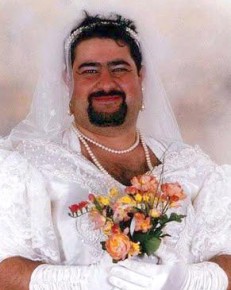 The only other member of the Supreme Court who might surprise some with his decision is Chief Justice John Roberts. On Wednesday, the New York Times suggested that Roberts may vote to legalize same-sex marriage nationwide because of a possible gender discrimination issue.

“I’m not sure it’s necessary to get into sexual orientation to resolve this case,” Roberts said. “I mean, if Sue loves Joe and Tom loves Joe, Sue can marry him and Tom can’t. And the difference is based upon their different sex. Why isn’t that a straightforward question of sexual discrimination?”

McManus said he’s not worried about Roberts. He believes the chief justice made his true opinion known when he pointed out that Maine rejected gay marriage in 2009 but turned around and approved it in 2012. He said Roberts’ own words tell the story that he prefers leaving the issue up to the states.

“If you prevail here, there will be no more debate. Closing of debate can close minds, and it will have a consequence on how this new institution is accepted. People feel very differently about something if they have the chance to vote on it than if it’s been imposed on them by the courts,” said McManus, quoting Roberts.

“So I thought that was a pretty clear indication he’s going to be on our side,” McManus said.

Earlier this week, Ethics and Public Policy Center President Ed Whelan told WND and Radio America why he was pessimistic about the upcoming court ruling and that little to nothing should be read into the questions during oral arguments.

McManus is confident in the June ruling going his way because of the oral arguments that he sees as a very important in the final verdict. But, curiously, he reached that conclusion while being less than impressed with John Bursch, the lead counsel for traditional marriage supporters.

“I think they matter a lot,” he said. “One of my concerns is that the people giving the conservative side of this issue weren’t very effective, I didn’t think. One of the most important points is that a child needs both a mother and a father. Obviously, that’s not possible with gay marriages. That point wasn’t made very well by our side.”

There’s also a pile of research McManus cites about the well-being of kids raised in the home of their married, biological parents versus those raised by same-sex couples. He cited a 2012 study by Mark Regnerus entitled “Social Science Research.” According to Regnerus, children raised by same-sex couples are four times more likely to live on welfare and more than 10 times more likely to touched inappropriately by a parent.

Another issue McManus wishes Bursch would have raised is the apparent lack of interest among many same-sex couples to actually formalize their relationships.

“Gays are really not interested in marriage,” he said. “That’s not what you would think from all the press coverage of this issue.”

His evidence is based on New York, which legalized gay nuptials in 2011.

“There have only been 12,000 same-sex marriages,” McManus said. “In that state of nearly 20 million people, if 1.7 percent of the population is lesbian or gay, that would be over 330,000 people who could have married. So less than 10 percent are really interested in marriage, a point that hasn’t been made by anyone as far as I know.”

While McManus is expecting a favorable verdict in June, he is wholeheartedly endorsing the civil disobedience called for by faith leaders and some political figures to defy a ruling in the opposite direction.

“I agree. I think we have to defy the court on this,” he said. It seems reasonable to me that the state should be able to decide for itself what marriage is. I would urge defiance on the part of those in those 30-odd states that have endorsed traditional marriage.”