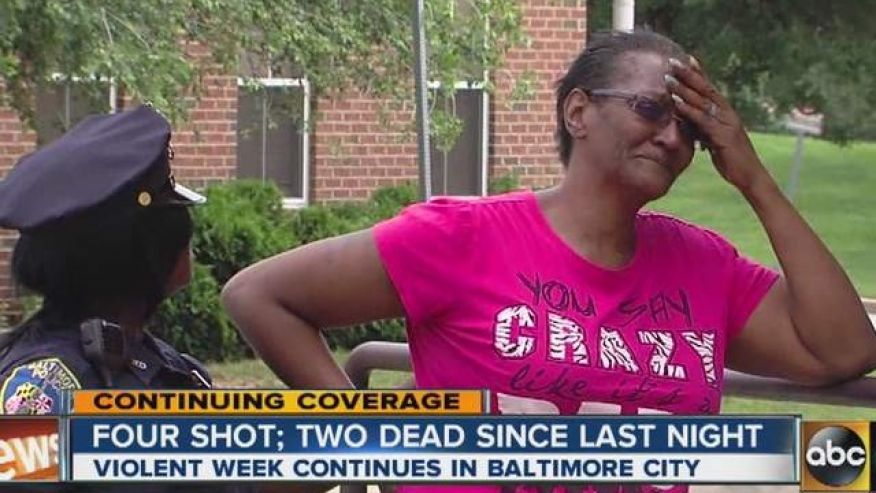 The situation in Baltimore has worsened dramatically since the outbreak of riots following the death of Freddie Gray, with the number of gun-related deaths jumping up, while insiders specifically cite the high-profile charging of six officers as having discouraged officers from doing their jobs in tough areas.

As the Washington Post reported Sunday, since mid-April Baltimore has suffered a dramatic increase in violence:

From mid-April to mid-May, 31 people were killed, and 39 others were wounded by gunfire. Twice, 10 people were shot on a single day. As of Friday, the deadly burst has pushed the city’s homicide count to 91, 21 above last year at the same time. In the District, 40 people had been slain as of Friday, not including four people found dead Thursday in cases police said are being investigated as homicides but are awaiting a ruling by the medical examiner.

Though Baltimore Mayor Stephanie Rawlings-Blake said that “we don’t know” if the problem is really “because morale is down, or it’s because the officers were charged,” CBS Baltimore reports that “concerned police” are blaming the “alarming surge” in violence in Baltimore on officers being “hesitant to crack down after six officers were charged in the death of Freddie Gray.”

One Baltimore officer, who asked to remain anonymous, told CBS that the Gray case has definitely damaged policing. “If you want them to be proactive in patrolling and trying to catch people, I could see them not being interested in doing that,” he said.

“When was the last time you’ve personally seen an officer in Sandtown?” asked Ileto.

“Since the riots,” Scipio responded.