Wait… what? Cruz, Kasich Teaming Up on Trump 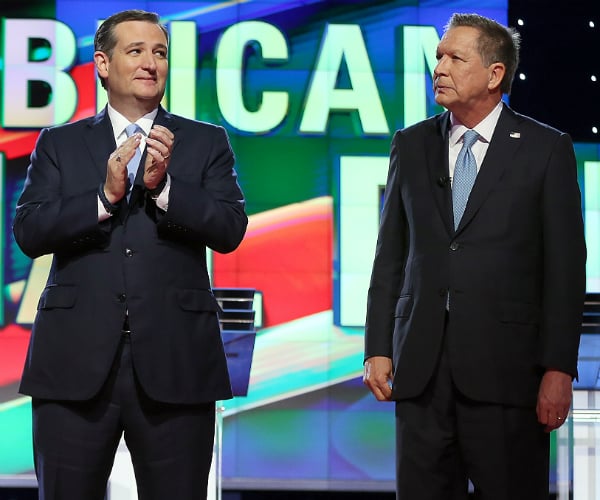 Republican presidential candidates Ted Cruz and John Kasich are forming an alliance, uniting behind a common goal of defeating Donald Trump, according to The Wall Street Journal.

Both campaigns issued statements that outlined their plans. Cruz will focus on winning delegates in Indiana, while Kasich will aim his efforts at Oregon and New Mexico.

“Having Donald Trump at the top of the ticket in November would be a sure disaster for Republicans. Not only would Trump get blown out by Clinton or Sanders, but having him as our nominee would set the party back a generation,” the statement on Ted Cruz’s website said.

Cruz’s statement said his campaign would “clear the path” for Kasich in Oregon and New Mexico.

After the primaries in those three states, however, Cruz and Kasich will resume their competition. Cruz’s statement said, “In other states holding their elections for the remainder of the primary season, our campaign will continue to compete vigorously to win.”

Kasich’s campaign sent out a tweet that said, “We will shift our campaign’s resources West and give the Cruz campaign a clear path in Indiana.”

Kasich’s statement explained his focus on Oregion and New Mexico, saying both states are “structurally similar to the Northeast politically, where Gov. Kasich is performing well.”