Former Mossad chief, British-born Efraim Halevy, has released an interview to Israeli media asking Israel to commit suicide and withdraw to the pre-1967 “Auschwitz borders”. He also attacked Naftali Bennett’s plan for an arrangement with the Arabs. 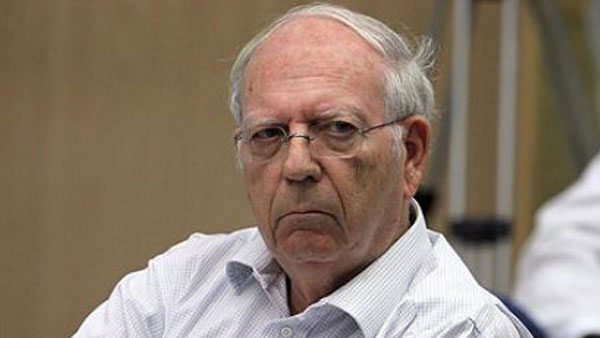 Halevy looks like one of the figures created by Peter Simple, the Daily Telegraph‘s cartoonist. Or like Mrs Dutt-Pauker, who in the ’60s symbolized “the Hampstead liberal”. Dutt-Pauker is a rich heiress living in Hampstead, in a villa known as “Marxmount House”, where she collects a pair of false teeth belonging to Communist leader Bukharin, Ming vases and writings of Stalin. Mrs Dutt-Pauker is in love with Walter Ulbricht, the Communist leader of East Germany, and has a son named “Bert Brecht Mao Rudy What Odinga”, in honor of the German Communist playwright, the Chinese leader and Ernesto Che Guevara.

Secret service and army officials have just one mission: to protect Israel at any cost. But it is amazing to observe the growing phenomenon of former Mossad and Shin Bet chiefs and army generals who suddenly take on the most stupid and dangerous positions in Israel’s history. They are a mix of  inflated ego and estrangement from Israel’s brutal reality.

Last year, former top IDF Intelligence official Brigadier General (res.) Yossi Kuperwasser said that the Shin Bet service “fell in love” with the Palestinians. These generals all propose a preemptive surrender to the Arabs and want to provoke a Jewish civil war by engaging in a mass expulsion of Israel’s most loyal citizens. They are all suffering for the “poor Palestinians” so they de facto give them excuses for the horrible attacks against the Jewish population.

In the last two years, former Shin Bet head Yuval Diskin called again and again to destroy Jewish life in Judea and Samaria and the security apparatus which makes Israeli life in the coastal region fairly pleasant and safe. Diskin believes that Yitzhar in Samaria is a far more dangerous threat than ISIS or Iran.

The late Avraham Bendar Shalom, the former head of Shin Bet, claimed that Jews behave like Nazis and have become “cruel”.

Carmi Gillon, who failed to stop terror in the ’90s, uses the alleged “price tag” to target the entire hilltop youth in Judea and Samaria, young heroes who populate empty and remote hills. Never mind that police have never proven that these youths are the perpetrators and that Arabs who vandalized light rail stations in Jerusalem sprayed the words “price tag” in Hebrew on the booths they destroyed.

Meir Dagan orchestrated the most impressive public campaign against his own government in the race to disarm Teheran. He also called for the adoption of the Saudi plan for a second Holocaust.

Ehud Barak agreed to hand over the Temple Mount and Judea and Samaria to Arabs in 2000 for a hudna.

And would you like to talk about Amram Mitzna?

Ariel Sharon’s legacy is the destruction of Gush Katif. He was like a character of Fyodor Dostoevsky’s novels, the one who creates and then destroys..

The Judea and Samaria region is guarded by commanders such as Nitzan Alon, who compare right wing Jews to Hamas terrorists. For people like him, graffiti and making hamburger out of Jewish babies are the same.

A few days ago, former Mossad spy-master Rafi Eitan confessed he refused to shelter the Jewish hero Jonathan Pollard, whose handler he was, in the Israeli embassy in Washington. And he is proud of what he did.

If it would have been up to these security officials,  Israel would have had missiles on the edge of Lake Kinneret, Jerusalem would be a war zone and seven million “refugee” Arabs would be inside of the Green line.

I always wonder what has made these former spies and generals so guilt ridden. It is a pity that Israel’s establishment is in hands of Jews who are so morally bankrupt as to not stand up courageously for what is right and oppose that which is wrong.

They are all affected by the virus of the same malady: they did not do enough to protect Israelis during the ’90s and the Second Intifada, they’ve all drunk the poison of Oslo and above all, they can’t face the truth of Arab hatred and anti-Semitism, so they all collect their pensions and relase interviews to the media that hate Jews.

And as long as they spout suicidal ideas, former spies and generals are guaranteed lucrative speaking engagements and writings. How coincidental.

Giulio Meotti – The writer, an Italian journalist with Il Foglio, writes a twice-weekly column for Arutz Sheva. He is the author of the book “A New Shoah”, that researched the personal stories of Israel’s terror victims, published by Encounter. His writing has appeared in publications, such as the Wall Street Journal, Frontpage and Commentary. He has just prblished a book about the Vatican and Israel titled “J’Accuse: the Vatican Against Israel” published by Mantua Books.