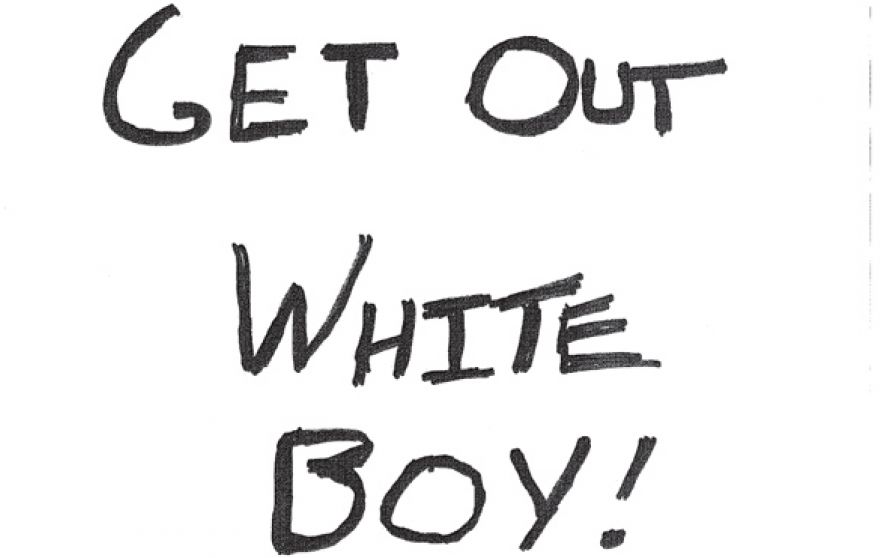 A former District of Columbia official brought in to help straighten out mismanagement at the Department of Public Works is suing the city, claiming he was harassed, intimidated and then fired for being white.

The former city worker says he was repeatedly called “cracker” and “white boy” by black members of the department while in the presence of other managers. On his last day on the job as a deputy fleet administrator, Christopher Lyons said he found a sign on his door that said, “Get Out White Boy!”

Lyons is suing the city for wrongful termination, claiming he was the victim of racial discrimination. He also believes he was targeted because he uncovered financial flaws and reported cover-ups. He’s suing his former employers for back pay and then some.

“I am surprised [the racial discrimination] happened at this level of government,” his lawyer Morris Fischer told FoxNews.com. “We’re all Americans. We all have to treat each other the same, and we have to put aside whatever differences we have.”

Lyons was hired on Jan. 17, 2012 as the first — and at that time, only — white supervisor for DPW’s Fleet Management Administration. The agency supports municipal operations by finding, fueling and maintaining thousands of D.C. government vehicles.

At a mechanics and managers meeting in March 2012, Lyons claims he was subjected to relentless name-calling. He was referred to regularly as “white boy,” “cracker” and “big white guy” at meetings, he says.

Lyons also said his truck, which he parked in the secure DPW lot, was spat on and damaged by his black colleagues. He claims they took turns throwing paint and trash. When he brought up the incident, he claims the same group of people filed false complaints against Lyons with their union. Those claims, according to court documents, were found “without merit.”

The taunts continued, and Lyons told Bill Howland, the longtime head of the Department of Public Works. But instead of responding to the concerns, court records claim Howland told several of the same workers accused of harassing Lyons that he would fire Lyons. And then he followed through.

On the day he was terminated, Lyons said he walked to his office door and saw a number of derogatory signs written by supervisors and mechanics, including one that said, “Get Out White Boy!”

Howland, who abruptly resigned from his position in June, also allegedly refused to discipline the employees Lyon accused of harassing him because Howland “liked them,” according to court records.

Howland was at his post for 11 years – a lifetime in D.C. terms – and managed to survive four mayoral changes despite a long list of controversial proposals including the 2014 rollout of Supercans, which was initially pitched as a $9 million recycling campaign paid for by earmarked money from the city’s retiree health fund.

Von Trimble, Lyons’ immediate supervisor who is black, also was terminated. Asked about this, Lyons’ attorney argued that he and Lyons were close, and the other employees didn’t like that. “We contend that Howland was aware of that,” he said.

Fischer and Lyons claim another factor in the termination was Lyons’ reporting of mismanagement, including a case involving 100 missing vehicles. The District last week attempted to convince the D.C. Superior Court to dismiss the whistleblower count due to a statute of limitations issue. But Fischer argued that in doing so, the D.C. government “pretty much conceded” there are issues to resolve on the racial discrimination claims.

Lyons says that, when asked why he was terminated in August 2012, Howland told him his termination was “not performance related.”

He was only provided with a reason for his dismissal after he filed a complaint with the D.C. Office of Human Rights. On Jan. 11, 2013, Lyons received a statement that he was let go because his performance level “fell far short of their targets.”