Why Are Prosecutors Treating US Citizens More Harshly Than Illegals 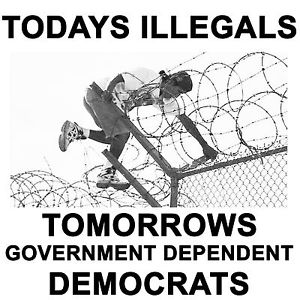 Attorney General Jeff Sessions gave a speech to a law enforcement meeting on Long Island yesterday. The big attention-getter was his vow to break the MS-13 gang : “we are targeting you, and we are coming after you.”

But Sessions hit on another critical issue. In many jurisdictions in the United States, a US citizen, native or naturalized, will be charged much more severely than an illegal immigrant committing exactly the same crime.

And yet, I regret to say that we’ve seen district attorneys openly brag about not charging cases appropriately – giving special treatment to illegal aliens to ensure these criminal aliens aren’t deported from their communities. They advertise that they will charge a criminal alien with a lesser offense than presumably they would charge a United States citizen. It baffles me.

How does this play out. Try this from the Baltimore Sun:

The Baltimore State’s Attorney’s Office has instructed prosecutors to think twice before charging illegal immigrants with minor, non-violent crimes in response to stepped up immigration enforcement by the Trump administration.

Chief Deputy State’s Attorney Michael Schatzow, in a memo sent to all staff Thursday and obtained by The Baltimore Sun, wrote that the Justice Department’s deportation efforts “have increased the potential collateral consequences to certain immigrants of minor, non-violent criminal conduct.”

“In considering the appropriate disposition of a minor, non-violent criminal case, please be certain to consider those potential consequences to the victim, witnesses, and the defendant,” Schatzow wrote.

Prosecutors declined to discuss the memo.

What does this mean in practice? A illegal picked up for vandalism will be allowed to skate. A US citizen will get a charge and conviction that, even minor, will prevent him from enlisting in the military (should he so desire) and will give him an arrest record that will dog him for years.

One of the key principles of American jurisprudence is that everyone is treated equal under the law. Those days are fading fast. Because of the personal sympathy that some prosecutors have for illegal immigrants, particularly in Third World-esque sh**holes like Baltimore, they are subverting the rule of law by establishing one law for citizens and a second, much more lenient law, for illegals.

This has to stop.