Why is Pollard being Forced to Violate the Jewish Sabbath? 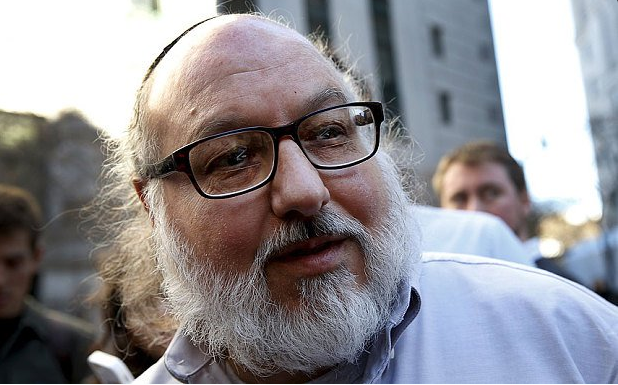 There was always something wrong about the Pollard case, a cloud of hovering stench. Pollard was punished for giving critical info to an ally; info the U.S. was bound to give that ally (Israel) according to signed agreements between the two countries. But still, the U.S. called it “spying” and put Pollard behind bars for life, the same sentence given Aldrich Ames for the treasonous act of sharing critical U.S. defense secrets with the enemy.

Pollard was no threat to anyone, and still, the powers that be didn’t let him attend his father’s funeral. He was dangerous to no one and still the powers that be let him waste away without proper medical treatment. Lame duck presidents running out  their final days in office could have pardoned Jonathan Pollard, but did not do so.

One might suppose that Pollard was the Jew behind bars, a captive  proxy for all the ways U.S. presidents wanted to slap Israel’s hands for being too uppity. And now that he’s been sprung, they’re still slapping him around, the Jew Pollard. They have taken away the thing that is dearest to him, his observance of the Jewish Sabbath.

And they won’t give it back.

Here is how they make Jonathan Pollard break Shabbos:

Now when fully charged the transmitter lasts, at most, 24 hours, that is as long as Pollard is sitting still at the base station. If he moves outside the range of the receiver, however, the device begins to track his location, which uses up the battery faster.

Since the duration of the Sabbath is 25 hours (not to mention Jewish holidays which are twice as long), even if Pollard were to sit absolutely still at the base station, he’d need to plug in the device to recharge it at least once during this time, thus violating the Sabbath.

But there’s more: in addition to being forced to violate the Sabbath, Pollard is unable to attend Sabbath services where he might be able to pray with the prescribed quorum of 10 men (a minyan). At an earlier hearing, Pollard’s lawyers argued that, “Courts have held that ‘an opportunity to worship as a congregation by a substantial number of prisoners may be a basic religious experience and, therefore, a fundamental exercise of religion.’”

Perhaps the most irksome part of all of this is the fact that Pollard’s right to observe the Jewish Sabbath was sacrosanct as long as he remained in prison. From the American Civil Liberties Union (ACLU) website:

While in prison, Pollard could keep Shabbos to his heart’s content. Having been “set free” however, his conditions are actually more, and not less onerous. The question is “why?”

It is widely accepted that the information Jonathan Pollard shared with Israel has been long ago rendered moot and therefore harmless. Releasing him to such harsh conditions in which he cannot leave the house to seek gainful employment or observe his most basic religious rights seems to be gratuitous and cruel: retributive. Of U.S. District Judge Katherine Forrest’s recent decision to keep these restrictive parole conditions in place, Nachman Shai, head of the Knesset’s Pollard Caucus, said, “It is frustrating to see that the unmerciful pursuit of Pollard by American authorities continues,” Shai said. “We have been saying ‘enough is enough’ for so long, and the response has been insensitivity and inflexibility. He should be allowed to live a normal life, but he can’t when he is stuck to his house and prevented from working in a manner that has passed all limits of what is reasonable. They let him leave jail, so they should have let him have a longer string.”

One has to wonder whether there is something darker to the decision to deprive Pollard of his civil liberties, just as there was something dark about keeping him imprisoned for so long. Oft-quoted essayist Ahad Haam said that “More than Jews have kept the Sabbath, the Sabbath has kept the Jews.” It is no exaggeration to say that remembering the Sabbath day and keeping it holy ensured Jewish survival, helping the Jews outlive enemy after enemy over a two-thousand year span. It is what set the Jews apart from the others, helped us stay what we were and still are, so many years later. It kept us alive as a people, a nation.

And maybe that’s the problem, from the perspective of those who insist on taking this cherished right, the right to keep the Sabbath, away from one man, Jonathan Pollard.

Our efforts to honor Sabbath day despite the Crusaders, despite the Inquisition, despite the Holocaust makes it rankle all the more that the courts have played fast and easy with this, our cherished observance. They have deemed our Jewish Sabbath not important enough for them to stop playing this game with Jonathan Pollard, in which they rob him of everything he cares about, by making him break Shabbos.

Or maybe it’s the complete opposite of that: they want to breakhim.

If you look at the photos of Jonathan Pollard, you can see it happening. He is no longer a cunning New York Jew in a whole mess of trouble, but a kindly-looking meek man, afraid of his own shadow.

All he has left, it seems, is his Yiddishkeit and his love of Israel.

That would be letting him win, the Jew. The Jew Pollard.