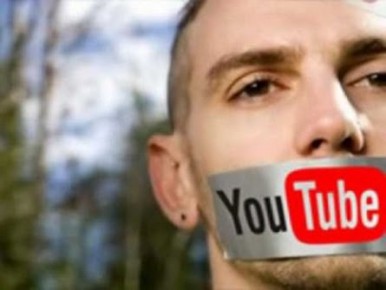 Apparently, reporting on crime is a crime.

Colin Flaherty, who chronicles racially motivated violence by blacks against whites, awoke Thursday to find YouTube had terminated his account.

YouTube declined to provide a reason to the author of “White Girl Bleed a Lot: The Return of Racial Violence to America and How the Media Ignore It.”

The company also didn’t respond to a WND request for comment.

But Flaherty suspects he knows what is going on.

“YouTube sent me an email the other day saying it was putting me on notice for violating its Terms of Service, meaning I would not be allowed to post new videos for two weeks,” Flaherty told WND. “The reason: I posted a private video from a parent of a child who filmed an episode of black mob violence against a white child. The local news blurred it. And I presented the original. YouTube did not like that.”

He said in his version of the video that “anyone who blurred this story is guilty of child abuse because they are aiding and abetting this violence.”

“Two days later, I awoke to find my account terminated.”

Flaherty also had his account temporarily suspended in June for posting “shocking, sensational or disrespectful videos,” especially involving “minors participating in a harmful or dangerous activity.”

However, Flaherty said he was not creating offensive content but simply chronicling the objective reality of certain crimes by posting videos, firsthand reports and other evidence to show his subscribers what was really going on.

And the response was massive.

“My YouTube channel was getting 1 million views a month, generating about 5 to 10 million minutes of viewing. There were 25,000 to 50,000 comments a month, and 15,000 subscribers. And all of those numbers were growing 20 percent per month,” he said.

Flaherty denies the accusation that his channel was somehow racially insensitive.

Flaherty believes he was creating such a “fantastic” response from the public because he was addressing issues no one else would.

“My channel documents how the media ignore, deny, condone, excuse, encourage and even lie about these kinds of crimes. I filled a vacuum, and the people responded to that.

“And all of this was based on facts and evidence. We produced videos, 9-1-1 calls, police reports, eyewitness accounts and statements from victims who all said the same thing. ‘Something very wrong is happening here, and we have to pay attention to it,’” he said.

YouTube removed many videos Flaherty had posted and still will not tell him why.

“They simply turned off the channel without any notice, which is what many people have told me they do. I appealed and wrote three emails, but as of now, I have not received any kind of a response. Nothing.”

WND columnist Jack Cashill says he is disgusted but not surprised at YouTube’s actions.

“‘In a time of universal deceit – telling the truth is a revolutionary act,’ said George Orwell, and by that definition, Colin Flaherty is a true revolutionary and a brave one,” Cashill told WND.

The author of “Scarlet Letters: The Ever Increasing Intolerance of the Cult of Liberalism” slammed YouTube as simply another part of a corrupt media establishment he believes is actively concealing the truth from the American people.

“In contrast to Flaherty, the powers that be – YouTube apparently included – are cowardly and counter-revolutionary. By denying America the truth about race, they are increasing the sense of victimization among the black underclass and encouraging more of the racial violence that Flaherty has been exposing.”

Flaherty said his work will continue regardless of YouTube’s decision.

“My YouTube channel is down, hopefully temporarily. But I’ll be back there or somewhere else soon.”

Flaherty stated his audience will still be able to find much of his reporting.

“Until I can return, many of those videos are still up on my Facebook pages, and they are easy to find.”

The journalist says his audience is what is keeping him going.

“Here is the big picture: We do not need to get angry at YouTube or anyone else. We need to get more determined to expose the insanity behind the violence and denial. I will not stop. And this will not stop,” he said.

“Today I received hundreds of emails from fans who want to know what is happening. I’m not going away. And more importantly, neither are they.”