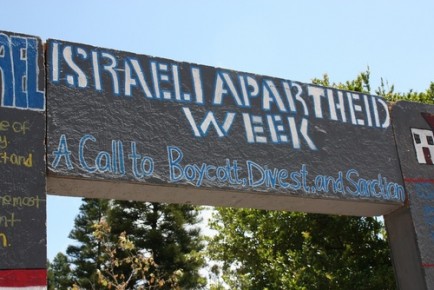 More than half of self-identified Jewish college students at campuses in this country report that they have experienced or witnessed anti-Semitism there, according to a new national study.

The National Demographic Survey of American Jewish College Students, issued by Trinity College and the Louis D. Brandeis Center for Human Rights Under Law, reported that 54 percent of 1,157 respondents at 55 campuses experienced anti-Semitic incidents during the spring of 2014.

Little variation in the rate of campus anti-Semitism was reported in various regions of the United States. The figures were higher for women than for men (59 to 51 percent), and for Conservative and Reform students than for Orthodox ones.

The online survey was conducted before Israel’s war against Hamas terrorists in Gaza, which caused an international increase in anti-Semitic incidents.

“This report … indicates that the scope of the problem is greater than most observers had realized,” said Kenneth Marcus, former head of the U.S. Department of Education’s Office for Civil Rights. Who participated in conducting the survey.

Barry Kosmin, one of the survey’s lead researchers, said, “The patterns and high rates of anti-Semitism that were reported were surprising. Rather than being restricted to a few campuses or restricted to politically active or religious students, this problem is widespread. Jewish students are subjected to both traditional prejudice and the new political anti-Semitism.”