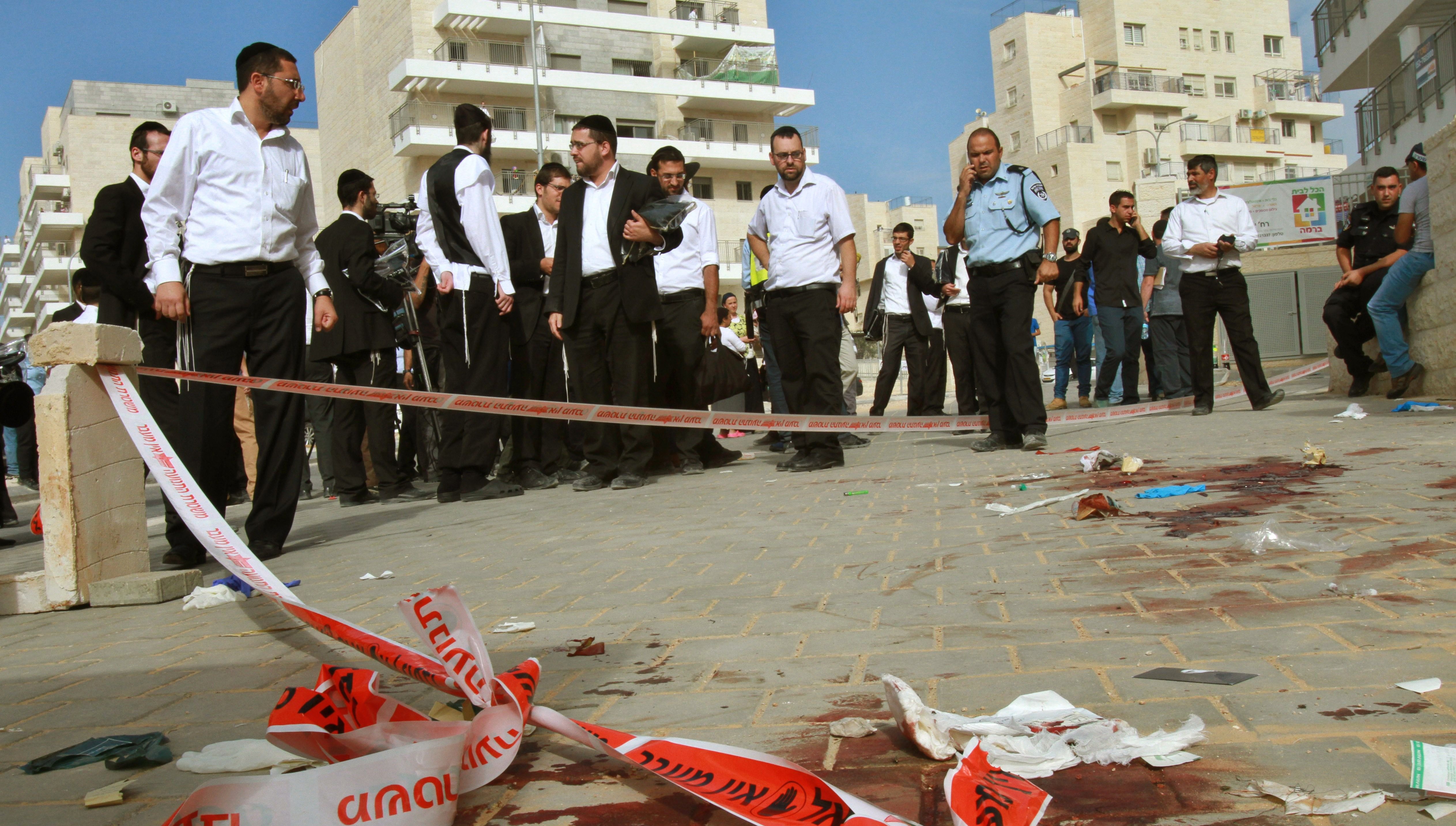 Two [Arab Muslims] brandishing knives who were thwarted in an attempt to board a school bus full of children and stabbed a yeshiva student at the bus stop.

The two assailants were shot and critically wounded in the Thursday morning attack in Beit Shemesh, a suburban community located outside of Jerusalem. One died on the way to a Jerusalem hospital.

The men, from a West Bank town near Hebron, were both wearing t-shirts bearing the logo of the Hamas armed wing, Izz ad-Din al-Qassam, according to the Israel Police. The men, who were already known to security services, reportedly had first tried to enter a synagogue located next to the bus stop during morning prayers.

The victim, 18, is in moderate condition with stab wounds to his upper body. It is the first attack in Beit Shemesh since the current wave of violence began more than three weeks ago, fomented by rumors that Israel was changing the status quo on the Temple Mount.

Also on Thursday, an alleged Palestinian assailant tried to stab an Israeli soldier stationed in Hebron. Troops were searching for the alleged attacker, according to the IDF.

Overnight, a Jewish man was shot and killed after he was suspected of being a would-be terrorist. While on a bus in Jerusalem the man was asked by Israeli soldiers for his national identification card after they witnessed him acting suspiciously. He began to argue with the soldiers and then tried to grab the gun of one of them. One of the soldiers shot the man, who was initially believed to be a Palestinian terrorist.

It is the second incident in less than a week of a man being shot dead by security forces who mistook the victim for a terrorist.