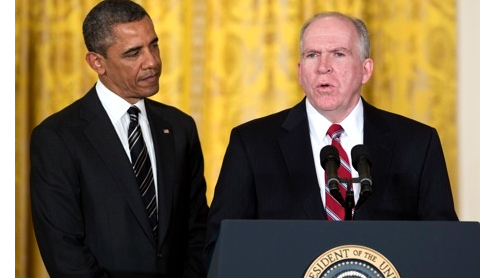 What makes this story even worse? The director of the CIA is using AOL e-mail to send and receive top-secret information.

The person who claims to have hacked an AOL e-mail account belonging to John Brennan, the director of the Central Intelligence Agency, has now released a small spreadsheet with alleged personal information for a number of former and current government officials. The sample includes phone numbers, social security numbers, e-mail addresses, and level of security clearance and employment status in some cases.

Ars has contacted several of the people on the list by phone, text, and e-mail, including Brennan and the former deputy director of intelligence at the CIA, Jami Miscik. A male voice responded to the number listed for Miscik, and when Ars asked for her, the voice said it was the wrong number and hung up. No others immediately responded.

Earlier on Monday, the hacker told the New York Post that he took sensitive documents contained within the AOL account, including Brennan’s 47-page application for top-secret security clearance. CNN has since reported that the FBI and the Secret Service are investigating. CWA, the hacker who told the Post he was a high school student, claimed that he social engineered a customer service agent into giving up access to Brennan’s AOL account. (Ars could not independently verify the claims.)

On Twitter through the handle @_CWA_, the hacker spoke to Ars through an encrypted chat. He said his motivation for perpetrating the hack was, “FreeGaza FreePalestine. F**kin government funding terrorism.” [In other words, a Jew hater.] CWA claimed he was not [an Arab Muslim] but rather was an Italian activist living in New York.