Donald Trump, Jr.: “Surrogates for the Trump Campaign are Idiots” 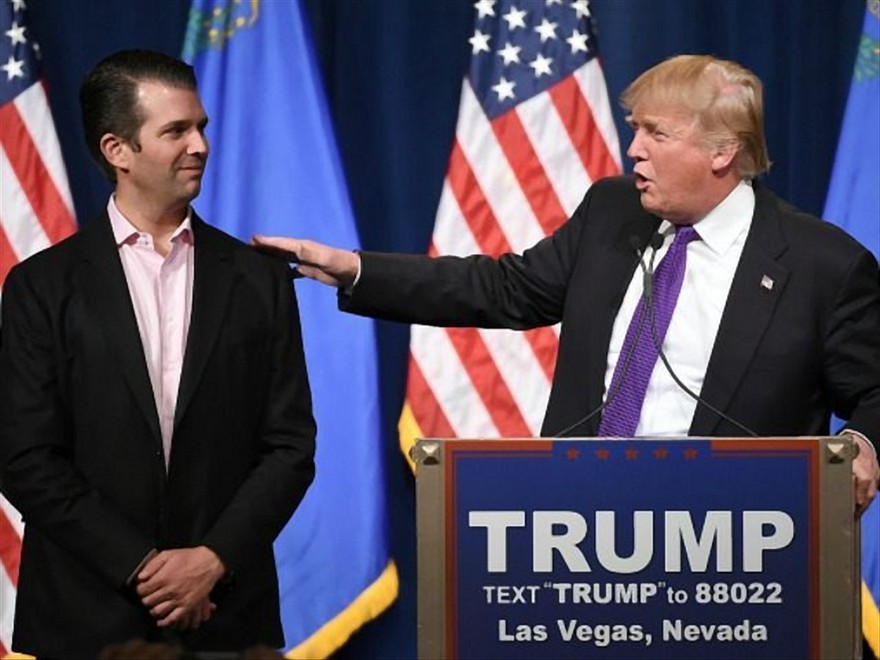 We actually agree on this one issue.

Yesterday, Donald Trump, Jr., was on Sean Hannity’s radio show. It was the hard-hitting news-making interview that we’ve come to expect of Hannity and anyone associated with the Trump campaign. Most of it was Hannity doing stuff that used to be illegal in most of the Lower 48 to make the young Trumpster feel better about his manliness. The rest of it was complaining…

Donald Trump Jr. on Tuesday accused CNN of picking supporters of his father “from the street” and pitting them against liberal professionals on its panels.

Appearing on Sean Hannity’s radio program, Trump Jr. said CNN has “a panel of 8 professional, liberal but professional, people on a panel, and they find like one Trump supporter from the street, who has no real political knowledge, and they just happen to be supporter, and they put that person up against 8 people who do this for a living and try to make it seem like that’s a fair fight.

“I mean, it’s so ridiculous I can’t even watch it anymore.”

And, of course, there is poor, addled Katrina Pierson.

This leads to the rather obvious question, if they are idiots, who is sending them to CNN? The answer to that question would seem to be “other idiots.”

It is rather stunning that the junior Trump could, with a straight face, demean surrogates who are merely defending a campaign that is committing gaffes and blunders at a rate previously unseen in modern American politics. Have a heart. They can only work with what the campaign gives them. It is also a sure sign that the Trump clan knows they are losing and they are looking for scapegoats against that eventuality.