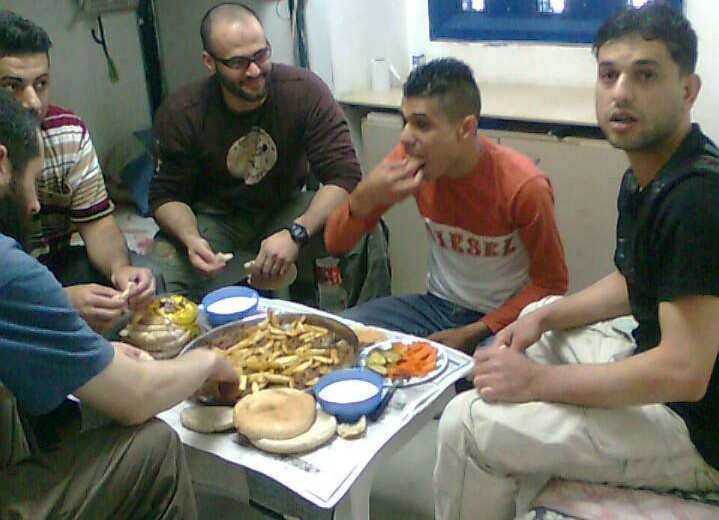 These convicted Arab terrorist murders are feasting in an Israeli “prison.” Jewish prisoners are never treated this way.

What’s next? Will they also allow the Arab terrorists to have conjugal visits from goats and camels?

The Israel Prison Service for the first time granted a same-sex conjugal visit for a prisoner.

The decision reportedly was made Tuesday, though the Hebrew-language Walla news website reported that the visit took place a day earlier.

Zaor Hankishayev took the Israel Prison Service to court two years ago in order to receive conjugal visits with his partner, Israel Hayom reported. The service initially refused the request on the grounds that he was being held in solitary confinement and that he and his partner did not have an official civil union. The prison service also reportedly feared that evidence in the case could be compromised by the visit.

In 2016, the Beersheba District Court recognized Hankishayev and his partner as having a civil union and accepted Hankishayev’s accusation that his conjugal visit rejection stemmed from discrimination because he is a homosexual.

Hankishayev was convicted of obstruction of justice after fabricating evidence against a suspect as a state’s witness in a deadly shooting at a Tel Aviv gay youth club in 2009.