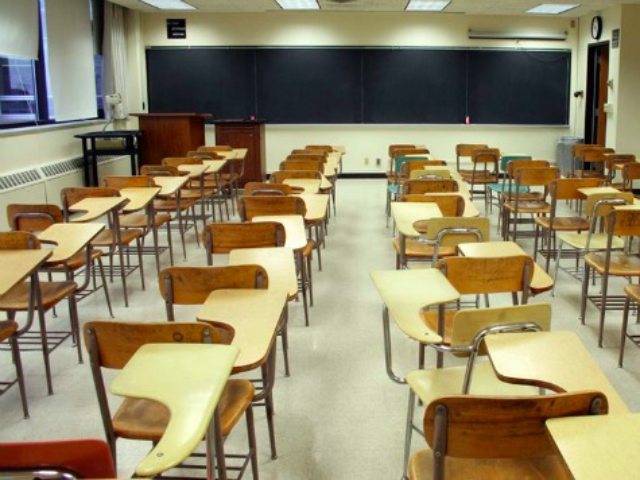 When confronted about a wrongdoing, some [kids] will always respond with the time-tested rationale that “Everyone else is doing it.”

They haven’t learned yet, but they can still fall back on their youth and immaturity.

But how pathetic is it when a middle school principal takes the same approach, particularly when confronted about the misuse of school funds?

Leon McCants, the former principal of Teague Middle School in Alamonte Springs, Florida, was under criminal investigation in 2016 for the unauthorized use of $4,155 in school dollars to purchase 164 gift cards.

He claims the cards were mostly given to school employees as rewards or birthday gifts, a practice that’s forbidden by district rules, according to a series of news reports.

There were gift cards purchased from all sorts of places, like The Cheesecake Factory, Darden restaurants, Outback and Publix, according to an editorial published by Change.org.

When McCants was confronted about a silver bracelet that he supposedly purchased for a teacher, he admitted it was for a friend, but defended himself by saying that he knew “10 other principals” who have abused school credit cards, Change.org reported.

McCants’ lawyer, Heather Trick, tried to deflect blame, as well. She told the Orlando Sentinel that the investigation into the gift card purchases had not been done correctly, because “other people should be held responsible for reviewing the purchases,” the newspaper reported.

Obviously it’s much easier for dishonest school employees to improperly spend school funds when the school money-watchers are not watching the money. And the money watchers should be held responsible for doing a poor job, if that’s the case.

But that hardly excuses the person who misused the funds.

McCants sealed his fate, in terms of losing his job as middle school principal, when he was arrested in early June, 2016 for allegedly driving under the influence of alcohol.

“McCants recorded blood alcohol levels of .183 and .170, more than twice the legal limit for drivers, according to reports from the Winter Springs Police Department,” the Sentinel reported.

He was removed from his job by Seminole County school authorities soon after.