Former Obama Intel Chief: John Kerry Is ‘Out Of Touch With Reality’ 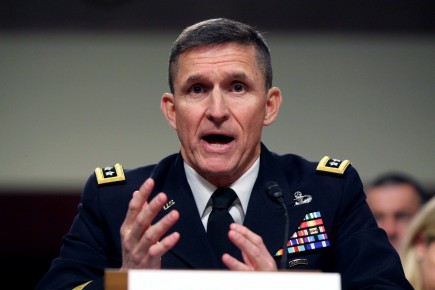 Former Director of Defense Intelligence and retired Lieutenant General Michael Flynn said in a statement to Fox News that Secretary of State John Kerry’s claim that Americans are “living in a period of less daily threats” was “out of touch with reality,” and accused Kerry of ignoring intelligence.

Flynn, who was nominated and served under President Barack Obama, made the statement to Fox News anchor Bret Baier. Baier then read the full statement during an appearance on “America’s Newsroom”:

“Secretary Kerry is out of touch with reality, he clearly is not listening to the entire US intelligence community, he is not reading any of the intelligence or other things that have been written over the last few weeks / months / years. Talk about being out of touch… For him to make those statements is totally irresponsible, and he should be challenged by anyone who cares about the future of this country.”

“That is the former head of the Defense Intelligence Agency of this administration,” Baier reminded listeners once he was finished.