How the EU Promotes Anti-Semitism with Sweden’s Help 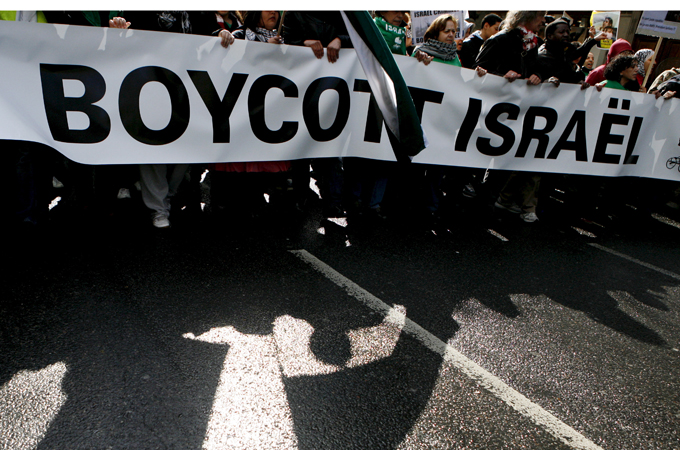 Instead of fighting anti-Semitism, the European Union finds allies to enhance it.

We have seen rather interesting developments in Western Europe over the previous few months.

When Jews were murdered buying Sabbath food, the French, after acknowledging, contrary to the UN resolutions, non secure borders for Israel in the Security Council,  finally came out with the following statement: “If 100,000 Jews leave, France will no longer be France. The French Republic will be judged a failure.”

In my home country Sweden, our prime minister said on Holocaust Remembrance Day that he intended to launch a project concerning the horrors of the Holocaust named “This We Must Understand.”

What Swedish Prime Minister Stefan Löfvén and France’s Manuel Valls do not seem to grasp is that their policies and countries, instead of fighting European anti-Semitism with an iron fist, are actively supporting anti-Semitism. They are, as much accomplices to the new pogroms of Europe as were the silent Europeans who stood by doing nothing to stop the slaughter of the Jews during the Holocaust. Worse, Stefan Löfvén and Manuel Valls  are not just standing by, inactive and  silent. They are on the frontline of spreading the new progroms.

On the eleventh of August 2014 I wrote a piece[1] in the largest newspaper in Sweden in which I accused the Europeans of engaging in a witch-hunt aimed at Israel.

There are some well grounded fears, to say the least, that the European Union, the day after the Israeli elections, will decide to impose a strict boycott on Israel for continuing building within the “settlements”. This boycott led by EU could encourage boycotts of Israel’s major banks and many of its key companies and research institutions. A boycott of Israeli companies that have any involvement across the former armistice line, even in Jerusalem, would have a far wider effect.

An EU directive could be used to impede the activities of the European Investment Bank (EIB) in Israel. This could mean stopping loans to virtually all major Israeli businesses and public bodies that operate in Judea, loans worth hundreds of millions of euros each year from the European Investment Bank. Among those excluded will be the major Israeli banks including Bank Hapoalim, Mizrahi Tefahot Bank, and Bank Leumi.

It is not pure speculative opinion that Sweden, a country which is by Israel seen as leading anti-Israeli sentiments along with Ireland in Europe, will try to impose this new anti-Semitism on Israel.

Why am I referring to a boycott of Israel as a strictly anti-Semitic act?

As I have shown in the Swedish newspaper Dagens Nyheter, the European Union has no problems with actively and inactively supporting settlement building in Lhasa and northern Cyprus. The Jerusalem Post had an article in 2013 in which it explained how the EU knowingly and purposefully provides substantial direct financial assistance to settlements in Turkish occupied territory.[2]

The boycott of Jews, and only Jews, regardless of whether they are Israelis or non Israelis has been a repeating theme in the history of Europe. And today’s Europe is no different than tomorrow’s Europe.

Why will our Prime Minister of Sweden launch a project to remember the horrors of the Holocaust when he is doing his best to make history repeat itself?