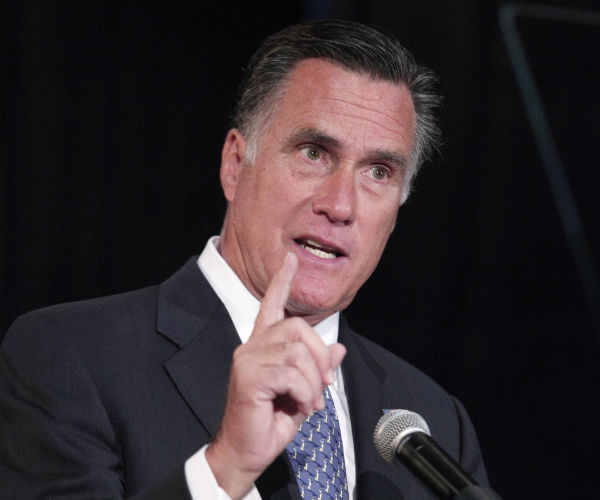 Mitt Romney, the GOP’s 2012 nominee for president, has called on all candidates to release their past taxes, but said Wednesday he thinks there’s a “bombshell” in front-runner Donald Trump’s returns.

Trump has yet to release his returns. He continues to tell the press he will do so, but has declined to give a date.

“Either he’s not as anywhere near as wealthy as he says he is or he hasn’t been paying the kind of taxes we would expect him to pay, or perhaps he hasn’t been giving money to the vets or to the disabled like he’s been telling us he’s been doing,” Romney said on Fox News Channel’s “Your World with Neil Cavuto.”

“The reason that I think there’s a bombshell in there is because every time he’s asked about his taxes he dodges and delays and says, ‘well, we’re working on it,'” said Romney, who was criticized for the low tax rate he paid when he released his own tax returns during the 2012 race.

Trump likes to talk about how wealthy he is, so he should be willing to show his tax returns, Romney said.

Earlier this month, Trump told CBS’s Face the Nation John Dickerson that he plans on releasing his tax returns “over the next three, four months.”

“We’re working on them very hard, and they will be very good,” Trump said.

Some conservative and liberal bloggers have criticized the billionaire for not quickly releasing his tax records, which have already been filed with the IRS, before the nomination process is wrapped up. This would allow voters to know if there is any embarrassing information that could surface in the returns.