“Including Saudi Arabia, the United Arab Emirates and Qatar” 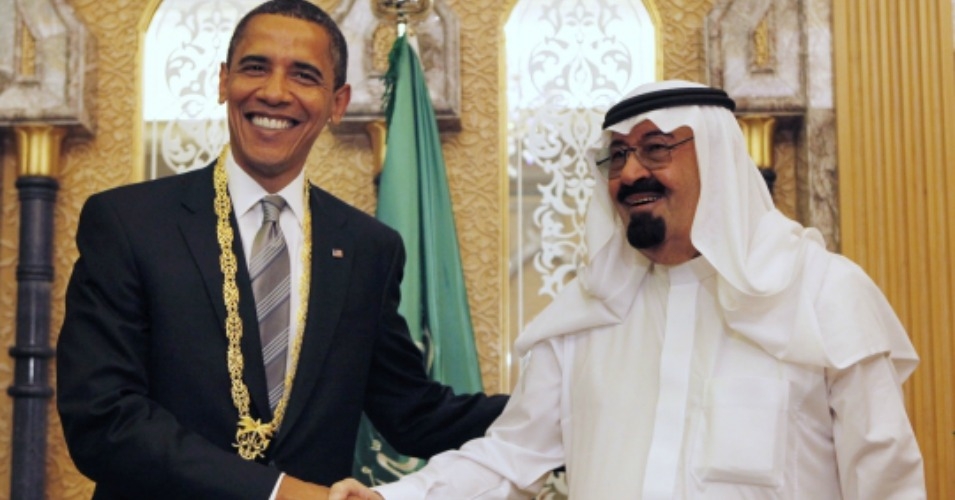 Leading Persian Gulf states want major new weapons systems and security guarantees from the White House in exchange for backing a nuclear agreement with Iran, according to U.S. and Arab officials.

The leaders of the six-nation Gulf Cooperation Council, including Saudi Arabia, the United Arab Emirates and Qatar, plan to use a high-stakes meeting with President Obama later this month to request additional fighter jets, missile batteries and surveillance equipment.

They also intend to pressure Obama for new defense agreements between the U.S. and the Gulf nations that would outline terms and scenarios under which Washington would intervene if they are threatened by Iran, according to these officials.

The demands underscore what complicated diplomatic terrain Obama is navigating as he drives toward one of his top foreign-policy goals, and they demonstrate how a nuclear deal with Iran aimed at stabilizing the Middle East risks further militarizing an already volatile region.

Gulf leaders have long sought to bolster their military arsenals, but the requests pose problems for U.S. officials who want to demonstrate support for Arab allies, many of whom host American military bases, while also ensuring Israel maintains a military advantage in the region.

Any moves by Obama to meet Arab leaders’ requests could face headwinds in Congress and new friction with Israel, given the continuing negotiations on an Iran nuclear deal.

“I’m very worried that President Obama will promise every military toy they’ve always wanted and a security agreement short of a treaty, with the understanding they have to be sympathetic to this deal,” said Sen. Lindsey Graham, R-S.C. “If I get a hint of that, a whiff of that, then I would do everything I could to block every bullet and every plane.”