Nearly 1 in 5 Households Will Celebrate on Food Stamps

Nearly one in five U.S. households will celebrate Thanksgiving on food stamps this year, according to the latest data from the U.S. Department of Agriculture on participation in the Supplemental Nutrition and Assistance Program. 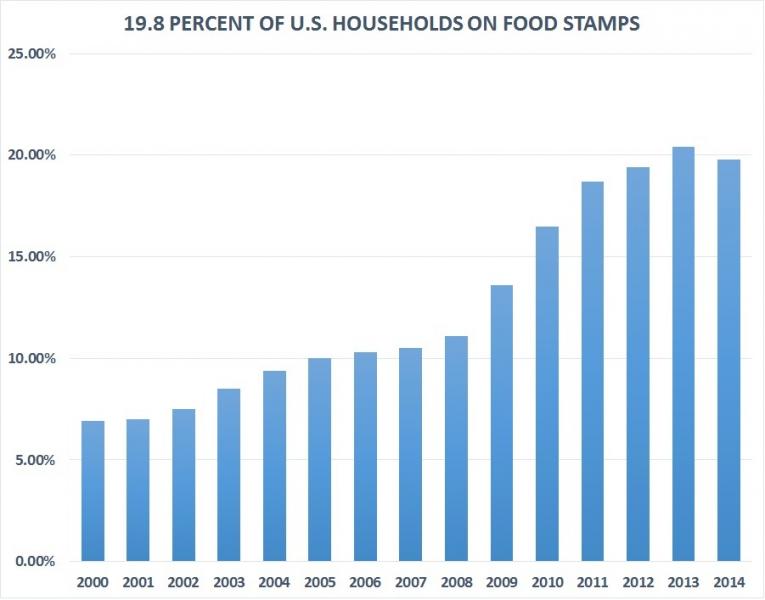 In each of the two previous fiscal years, the percentage of American households on food stamps in the average was near 20 percent, hitting 19.4 percent in 2012, 20.4 percent in 2013.

As of August, according to the Department of Agriculture, there were 46,484,828 individuals in the food stamp program.