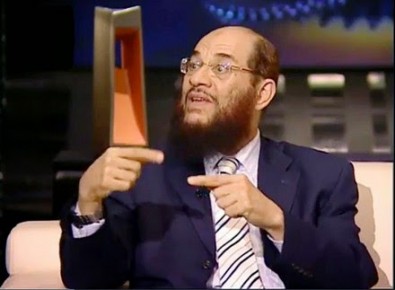 Salafi preacher Sheikh Osama Qusi says that the leader of the Muslim Brotherhood recommends that Muslims learn lessons from the “Protocols of the Elders of Zion.”

Speaking on Egypt’s ON TV Monday, Qusi said that there have been calls to hold massive rallies on November 28, with the intent of deliberately mixing religion and politics, something that he says the Jews excel at.

He then said that Muslim Brotherhood leader Mahmoud Ezzat advised him to read the book “The Protocols of the Elders of Zion” to learn deception and cunning from the Jews.