Planned Parenthood’s Public Enemy #1, David Daleiden, Cleared Of All Charges By The DA 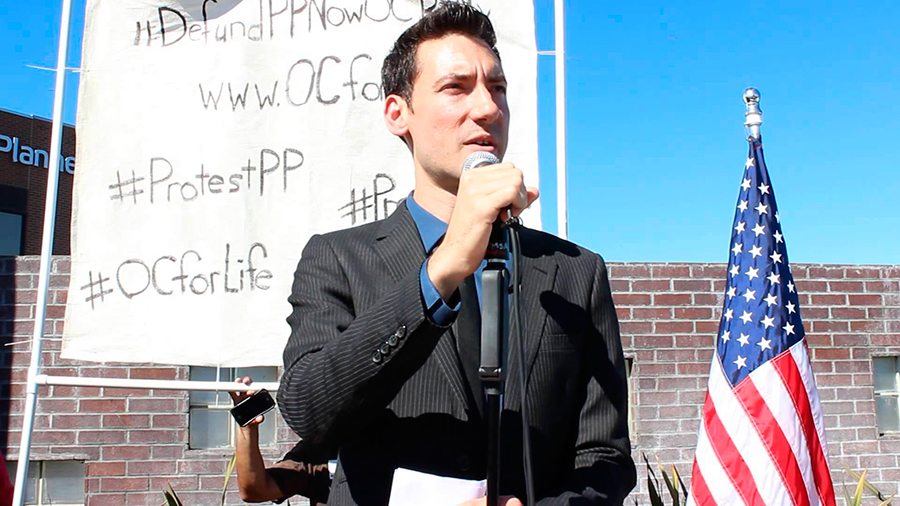 But now, Daleiden has been cleared of all charges by the Harris County DA. This after a Harris county judged completely dismissed the case against Daleiden.

This is a logical conclusion, seeing as how Daleiden and his associates followed the law when creating these videos. It should also be noted that the DA who filed these charges against Daleiden was working with Planned Parenthood to discredit and hopefully, end Daleiden’s career.

Daleiden posted bail in response to what his attorneys and pro-life groups explain are bogus charges related to his undercover investigation and exposure of the Planned Parenthood abortion business selling the body parts of aborted babies. Dozens of pro-life advocates turned out to support him. He turned down a plea deal and Daleiden’s attorneys and supporters countered that Harris County District Attorney Devon Anderson is biased because of her association with an attorney for an abortion practitioner.

According to attorney for Daleiden, District Attorney Devon Anderson shared confidential information with the abortion business, which she was supposed to be investigating for running afoul of state laws prohibiting the purchase or sale of body parts form aborted babies.

The declaration was included as part of the DA office’s response to David Daleiden’s motion to quash the indictment against him, alleging prosecutorial misconduct.

The dirty dealings and attempts to stop Daleiden go further, and is covered at length by LifeNews.

This goes to show how desperate the abortion industry is to make sure their scam goes uninhibited. Planned Parenthood itself is a money making, political goliath withfinancial dealings exclusively with the Democratic party. It’s so infected our political system, that even law and order are compromised in order to protect it.

It’s a large machine that Daleiden threw a wrench into, and from the perspective of the abortion industry, and their political allies, it can’t be tolerated. Thankfully, Daleiden is free and clear, and Planned Parenthood’s backroom dealings – despite its best efforts – have been exposed for all the world to see.