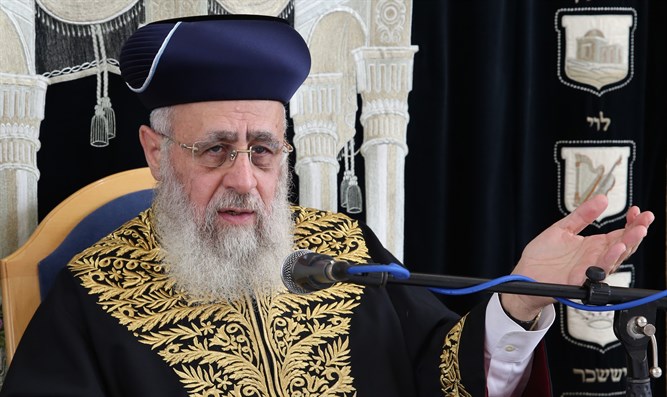 Shas was the party that threw Chaim Ben Pesach out of Israel.

Thousands took part Wednesday in a ‘Greet the Rabbi’ event organized by the Shas party in Jerusalem and attended by the spiritual and political leaders of the party.

At the event, Sephardi Chief Rabbi Yitzchak Yosef referred to those who pray on Temple Mount and said that the matter contradicted halakha.

The late Religious Zionist Chief Rabbis Kook and Avraham Shapira and others publicized the same prohibition because of uncertainty as to the location of areas where halakha does not allow Jews to tread or which are permitted to the High Priest only on Yom Kippur, while Chief Rabbi Shlomo Goren and others felt that it was possible to delineate areas that are permitted as long as those ascending are ritually pure after immersion in a mikvah.

“It pains my heart to see religious Jews ascending to the Temple Mount in contravention of halakha,” said Rav Yosef.