Could you imagine if the tables were turned and they were saying this to blacks? Minorities get free scholarships, tax breaks in business, and thanks to affirmative action get jobs simply because of their skin color. Sounds like privileges to me. 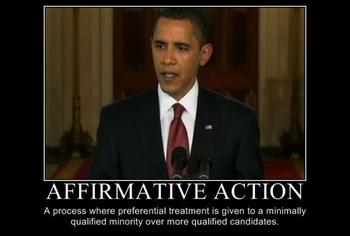 Students attending elite private schools in New York are participating in workshops that encourage them to “face their white privilege” and call attention to social labels that may cast them in a disparaging light.

In an article for The New York Times, writer Kyle Spencer observed students writing down words to the prompt, “Things I don’t want to be called.” Students wrote down, “ditsy,” “minority,” and yes, even, “privileged.” The student who wrote that down said, “It’s just a very strong word to use. I don’t want to be identified with that just because my parents can afford things. I think it has a negative connotation.”

What Spencer was witnessing was one of the many social justice workshops students are invited to participate in which the discussions routinely center around the topics of gender, the environment, identity, and social movements, including the recent “black lives matter.”

The schools are bringing in “diversity consultants” to lead workshops and guide students on how they can engage in broader conversations about race and class. Some schools have even begun “white affinity groups” said to have “sprung from an idea that whites should not rely on their black, Asian or Latino peers to educate them about racism and white dominance.” These programs and clubs are specifically designed to expose the concept of “whiteness” and its roots in the United States, especially that which was said to have been planted by “colonial America when white plantation owners were seeking dominance and order.”

It may seem paradoxical that students at elite institutions would decide to tackle the elitism they seem to cherish. But private schools’ diversity consultants brush aside insinuations that their social justice work is inauthentic.

However, the paradox runs deeper. Administrators claim that these diversity efforts are now allowing white students to finally participate in these discussions in a meaningful way without the threat of exclusion from their minority peers because of their white privilege. Spencer describes an art project from one student, “who identifies as mixed-race,” holding a sign that reads: “I need justice because I’m sick of having to explain privilege.”

Statistics released by the National Association of Independent Schools demonstrates a shift away from the old norm of private school attendance being “all white and mostly moneyed.” Now, one third of New York City’s private schools are made up of minorities. The data also shows that 18.5 percent of private school students are receiving some type of financial aid.