Racist “Problem of Whiteness” course reintroduced at University of Wisconsin-Madison 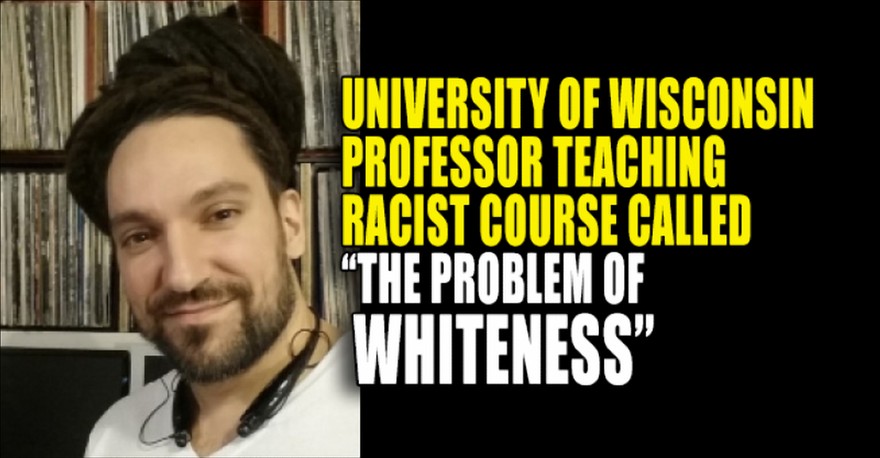 Could you imagine what would happen if any college had a “problem of blackness” course?

This spring, a controversial course titled “The Problem of Whiteness” will once again be offered at the University of Wisconsin-Madison.

The African Cultural Studies course seeks to teach students to “understand how whiteness is socially constructed and experienced in order to help dismantle white supremacy,” according to its online description.

When the course debuted during the spring 2017 semester, it prompted national headlines and much controversy, with some Republican lawmakers even calling for the course to be canceled.

The class this spring may touch on that, based on the fact that its professor created a montage of headlines criticizing the course as its new syllabus cover sheet, its online description shows.

The course is taught by Professor Damon Sajnani, who is white. In a statement emailed to The College Fix, a University of Wisconsin spokesperson said the upcoming “The Problem of Whiteness” course is very similar to last spring’s class and that its first iteration was a success.

“Student feedback was overwhelmingly positive – students said they found it valuable to examine majority cultures and how power imbalances are created, sustained, and challenged in societies around the world,” the spokesperson said.

After Sajnani debuted the class, it drew the ire of two Wisconsin state lawmakers who denounced the new class and said it could affect future funding for the flagship university.

In one of the tweets highlighted by Murphy, Sajnani included a photo of news coverage from the 2016 fatal police shooting in Dallas and wrote “Is the uprising finally starting? Is this style of protest gonna go viral?”

Despite the backlash, the course went on as planned and Wisconsin Governor Scott Walker, a Republican, called the course “goofy” but said the university’s funding should be based on “the broader issue of accountability and performance.”

The online description for next semester’s course states the class will “break away from the standard US-centric frame” and look at the concept of whiteness through a global lens.

“We will come together with our socially ascribed identities of Black, white, mixed and other and, with the problem properly in its place we will ask ourselves and our allies, what are we going to do with it,” the description states.

In a phone interview with The College Fix last year, Sajnani said his course explores how white privilege and white power are connected and that it looks at how students can work for social justice.

“The problem of racism is the problem of whites being racist towards blacks,” the professor had said at the time.

The University of Wisconsin told The Fix this month that Sajnani has “continued to research, write, and mentor educators from across the country” on the topic of whiteness since he first taught the course earlier this year.

In November, Sajnani chaired a panel at the American Studies Association’s annual conference that had the same name as his course. During the panel discussion, Sajnani, who is also a rapper, performed a song called “The Problem of Whiteness” that he said he plans to release.