The Facts: Cruz Swept Colorado because the Grassroots Chose Ted, not Trump 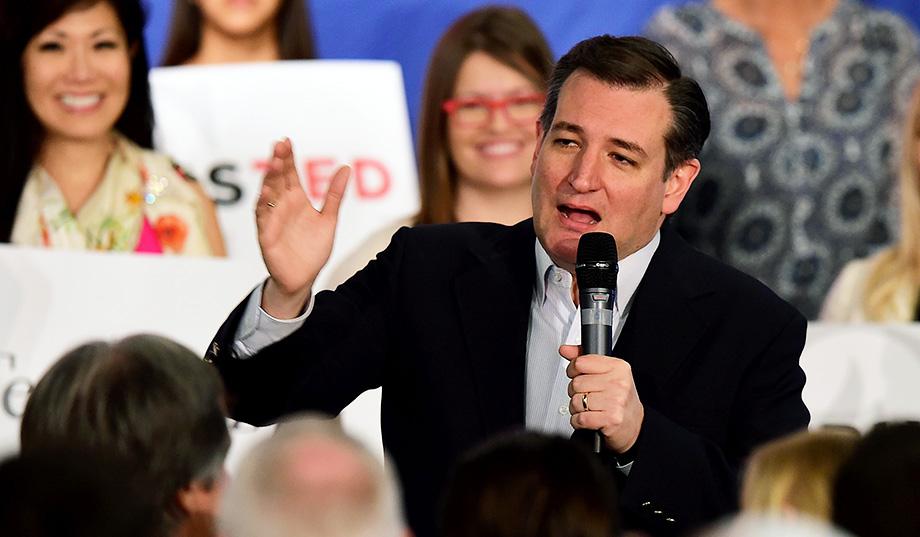 Judging only by Donald Trump’s fuming Twitter feed, the Drudge Report’s banner — “Cruz Celebrates Voterless Victory” — or the raging headlines of the alt-right’s favorite “news” websites, one would be justified in thinking that a nefarious cabal of The Establishment stole Colorado’s delegates to the Republican National Convention from Trump and handed them on a silver platter to Ted Cruz.

How is it possible that the people of the great State of Colorado never got to vote in the Republican Primary? Great anger – totally unfair!

The people of Colorado had their vote taken away from them by the phony politicians. Biggest story in politics. This will not be allowed!

But what are the facts? Did Cruz actually steal Colorado from Trump? Were Colorado’s Republican voters disenfranchised by the establishment? And why wasn’t there a binding statewide vote in Colorado like in the other states?

“The Trump supporters were saying they didn’t get on the ballot, and they’re trying to frame it as ‘Well, the process was rigged to favor Cruz,’” George Athanasopoulos tells National Review Online. “No. Negative. If you’re not a delegate at your county assembly, you’re not going to be eligible to run as a national delegate at the state assembly.”

Athanasopoulos, a veteran of the Iraq War and the Republican nominee for Colorado’s seventh congressional district encompassing much of the northern and western parts of the Denver metro area, was elected as an unbound Colorado delegate to this summer’s Republican convention in Cleveland. He says he will support Ted Cruz.

“We started organizing on the grassroots level last summer,” Athanasopoulos says. “You don’t show up a week before the state assembly and expect to win.”

Unfortunately for the Donald, while conservative activists were organizing in Colorado for months, Trump’s campaign never got off the ground.

The numbers are brutal: Of the 21 delegates elected at Colorado’s seven congressional-district-level assemblies over the last two weeks, all 21 appeared on pro-Cruz slates (17 are formally bound to vote for Cruz at the national convention, while the remaining four — though officially “unbound” and under no formal obligation — have promised to back the Texas senator). And at Sunday’s state convention, where 13 delegates were at stake, Cruz won . . . 13 delegates.

Overall, Colorado had 34 delegates up for grabs and Donald J. Trump, organizational super-genius and businessman dynamo that he is, won zero. It was a total defeat. The best the Trump campaign could do was to place seven loyalists on the alternate-delegate list.

Naturally, Trump disagrees. In his view, the Republican political establishment foisted Cruz onto the voters by means of an arcane, inside-baseball process that was explicitly designed to thwart the will of the people.

Does he have a point? Not according to Athanasopoulos:

Colorado Republicans have held nonbinding straw polls at their precinct caucuses since 2004, and while it is true that Colorado Republicans elected to do away with those straw polls last year (the RNC had mandated that all states holding presidential straw polls at caucuses must make their results binding, hoping to prevent a repeat of the maneuvering that the Ron Paul insurgency had attempted in 2012), that decision wasn’t an attempt to lock out Trump. In fact, the reasoning behind that choice was pretty close to the opposite: Namely, the grassroots didn’t want to be railroaded into selecting the establishment’s nominee.

Worried that they would be forced to back a milquetoast candidate, conservative activists wanted organizing ability to count when selecting the bulk of Colorado’s delegates to the national convention, so they pushed not to hold a binding straw poll at the March 1 caucuses. Instead, delegates to the national convention would be selected at congressional-district conventions and the Republican’s state convention. Conservative activists argued that eliminating the binding straw poll at the precinct caucuses would give Colorado’s delegates more flexibility to support any eligible candidate at the national convention, rather than remain bound to candidates who may have dropped out of the race months before. They hoped to “combat the manipulation of the rules that at the time were structured to favor a presumptive front-runner — who everyone last summer thought would be someone like Jeb Bush,” Athanasopoulos says. The final decision was made in August 2015 after the Colorado Republican party’s executive committee unanimously voted for the plan.

“Those types of manipulations of the rules,” Athanasopoulos explains, “as we see it, that’s what really drove us to not have a binding straw poll and to fight for our caucus system.”

Of course, conservative grassroots activists didn’t keep the new rules hush-hush. Indeed, far from being hidden under a rock at the top of Pike’s Peak or concealed in an obscure hippie den in Boulder, the details of Colorado’s caucus system were displayed out in the open.

“Everybody that we talked to who said they wanted to be involved and have a voice, we told them what the facts were: If you want to be involved, then show up to the precinct caucuses because those delegate elections matter,” Athanasopoulos tells National Review Online. “The grassroots showed up, and the Trump campaign did not.”

While there are variations between counties, in general the selection process for Colorado’s delegation to the Republican national convention begins at the precinct level. The precinct caucuses, held March 1, selected delegates to the county caucuses. And the county assemblies voted on delegates to the congressional-district assemblies and Sunday’s state assembly where the national-convention delegates were selected.

“To say that the average voter had no say is a blatant falsehood. The average voter did have a say, and that’s why you have so many grassroots figures selected as delegates,” Athanasopoulos says. “You don’t have a lot of the traditional power brokers selected as national delegates, you have guys like me. A year ago we were considered the barbarians at the gate of the party establishment.”

Which is to say that Cruz’s grassroots supporters didn’t disenfranchise Trump’s supporters; Cruz grass-roots supporters began organizing almost a year ago, showed up for the March 1 precinct caucuses, and made their voice heard by electing like-minded delegates to the state and congressional-district conventions. Trump’s people weren’t heard, because Trump’s people by and large didn’t show up.

The scale of the grassroots organization in Colorado augurs well for Republicans in November and beyond. Indeed, Athanasopoulos, who is challenging Democratic congressman Ed Perlmutter in the general election, thinks Colorado will be a decisive battle ground in the fight for Congress and the White House.

Thanks to Colorado’s conservative grassroots, the Republican party is one step closer to moving beyond Trump and on to that fight with Hillary Clinton — and regardless of how Trump and his minions might complain, it was all done above board.

“I recognize that we have a messy process, but that’s what democracy looks like,” Athanasopoulos says. “And to say that anything was stolen is ridiculous. It was the lack of preparation that killed Trump in Colorado.”