The ‘Lone Wolf’ Terrorist Is a Myth 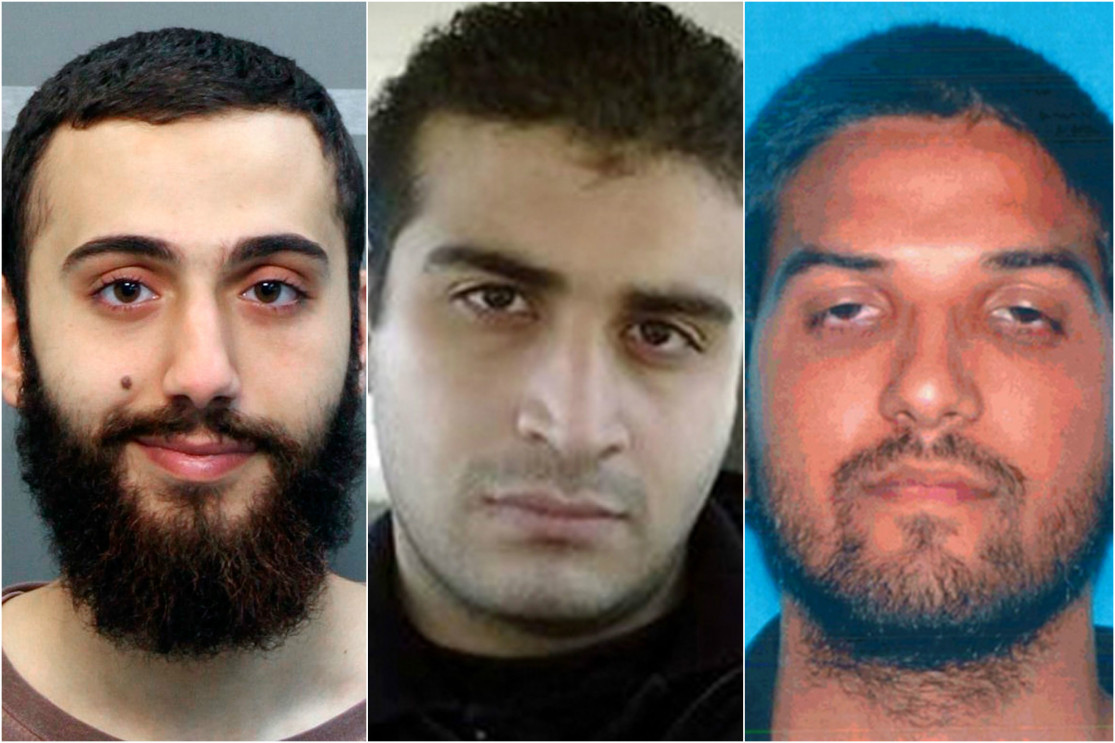 Islam is a barbaric religion of horrific violence and cruelty started by a pedophile and illiterate desert warrior who converted his armies by the sword.

President Obama says don’t worry, the Orlando terrorist was just another “lone actor” operating in isolation, unconnected to any larger group of supporters. In fact, these so-called “lone wolves” are running in packs, and suggesting otherwise gives the public a false sense of security.

Yet Homeland Security Secretary Jeh Johnson echoed Obama, saying Omar Mateen was “self-radicalized” without any religious, ideological or operational support from friends, family or others in the Muslim community.

“What we do know at this point is it appears this was a case of self-radicalization,” Johnson said. “He does not appear to have been part of any group.”

A more accurate picture is that Mateen, an Afghan-American, was part of a disturbingly large Muslim family of sympathizers, supporters and even co-conspirators.

For starters, his wife could face criminal charges in the attack on the gay Orlando nightclub, the deadliest act of terrorism in the US since 9/11. Noor Zahi Salman, who wed Mateen in 2011, reportedly told the FBI she knew about her husband’s planned attack and even drove him to the site of the massacre as part of a scouting operation. She also is said to have helped him case the Disney Springs shopping complex. What’s more, Salman allegedly was with Mateen when he bought ammo and a holster used in the attack.

Prosecutors have convened a grand jury to present evidence against Salman, a [so-called] “Palestinian” immigrant, who ultimately could be indicted as an accessory to the murders of 49 people and the attempted murders of 53 others. Possible other charges include failing to report a terrorist attack and lying to federal agents.

It appears the seeds of Mateen’s hatred were planted at home.

His Afghan immigrant father, who founded a nonprofit group to support the Taliban, preached [infidels] should be punished. In a video Seddique Mir Mateen posted on the Web, he expresses gratitude toward the Afghan Taliban, who stone homosexuals to death, calling them “our warrior brothers.”

Other statements make it clear the elder Mateen could have passed [terrorist] views onto his son.

“God will punish those involved in homosexuality,” the elder Mateen said in the wake of his son’s rampage. He seemed to rationalize the targeting of gays by pointing out that his son was offended by two gay men kissing in front of his 3-year-old son during a recent family trip to Miami.

Other Mateen videos are full of anti-US rhetoric regarding America’s military role in Afghanistan. That influence may have showed up in his 29-year-old son’s statement to a 911 operator during the mass shooting.

“He said the reason he was doing this was he wanted America to stop bombing his country,” said a survivor who overheard the conversation.