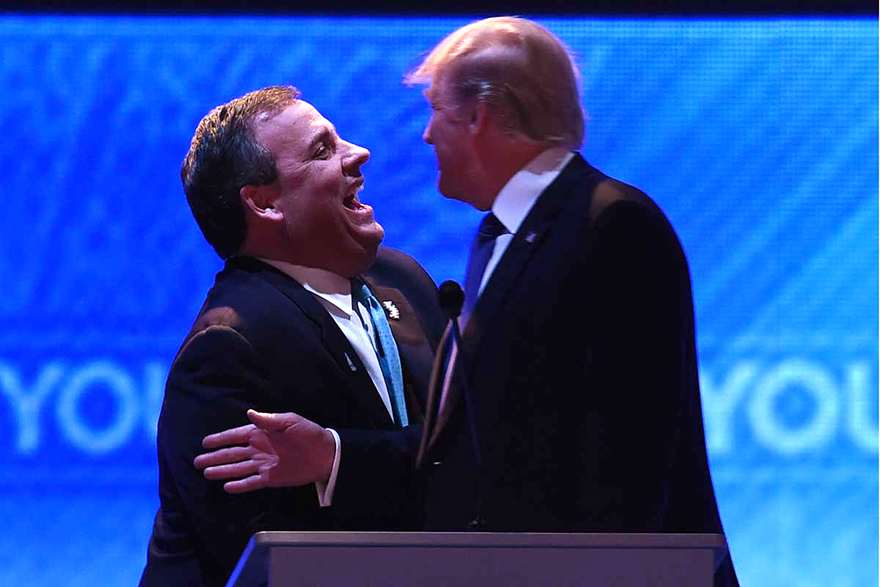 Chris Christie was the RINO that helped Obama win re-election and imperiled thousands of innocent people with bridge jams to punish the mayor for not voting for him.

“Trump cares about who’s the most loyal and who kisses his a– the most, not who’s the most qualified and what’s the best political decision,” said a source close to the campaign. “If it was up to him, it would have been Christie.”

That’s our Donald all right!

Christie contacted Trump and made his final, impassioned ­appeal on July 12.

“Christie said he thinks he deserves it and he earned it,” a second Trump source said. Convinced, Trump made the ­offer.

Christie “said all the BS that Trump likes to hear, and Trump said, ‘Yeah, sure I’m giving it to you.’”

That didn’t sit well with Manafort, who had arranged for Trump to meet Pence in Indianapolis on July 13, and fly back together to New York the next day for a formal announcement.

After Trump tentatively decided on Christie, Manafort told Trump his plane had a mechanical problem, campaign sources said, forcing Trump to spend another night in the Hoosier State. Pence then made his case to be Trump’s No. 2 over dinner as Trump’s advisers argued that Christie’s Bridgegate troubles would sink the campaign.

“Trump had wanted Christie but Bridgegate would have been the biggest national story,” a third Trump source said. “He’d lose the advantage of not being corrupt.”

Trump agreed to name Pence the next day and broke the news to Christie, saying it would “tear my family apart if I gave you VP,” a source said.

Christie did look particularly grumpy after Pence got the VP nod, but we all figured it was because he lost out. Who knew that he’d actually been promised the job by the Con Artist in Chief himself?