Donald’s Trumper-Tantrum: Illegal Voting Stole the Popular Vote From Me!! 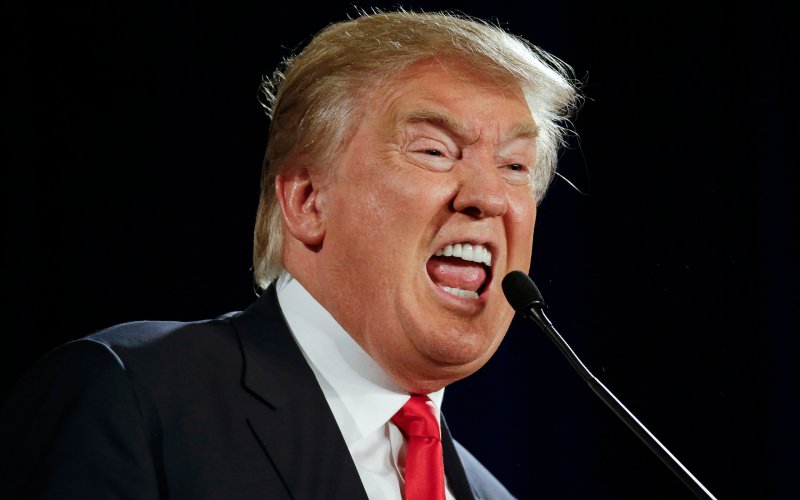 Trump is tossing a full on TrumperTantrump about the popular vote on his account: 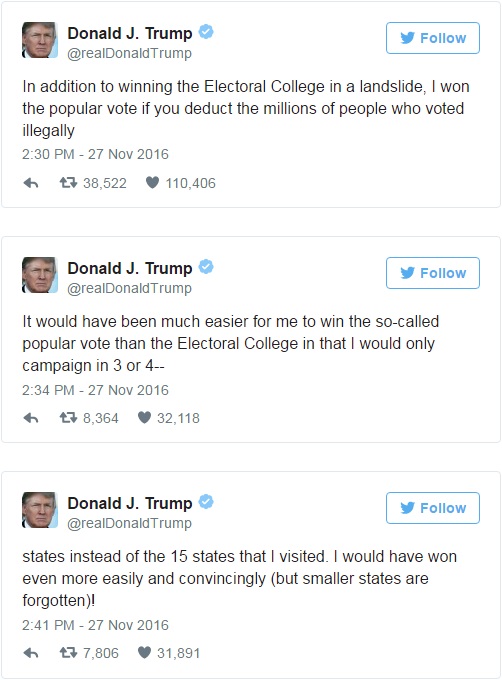 I just don’t see the point of this. He’s actually been pretty good since he won the election but now he’s going back to his old thin-skinned whiny infantile self. And that does not bode well for the Republic under his leadership.

He is on the cusp of becoming the most powerful man on the face of the Earth, and yet he can’t stand that Hillary won the popular vote. What kind of infant did we elect?