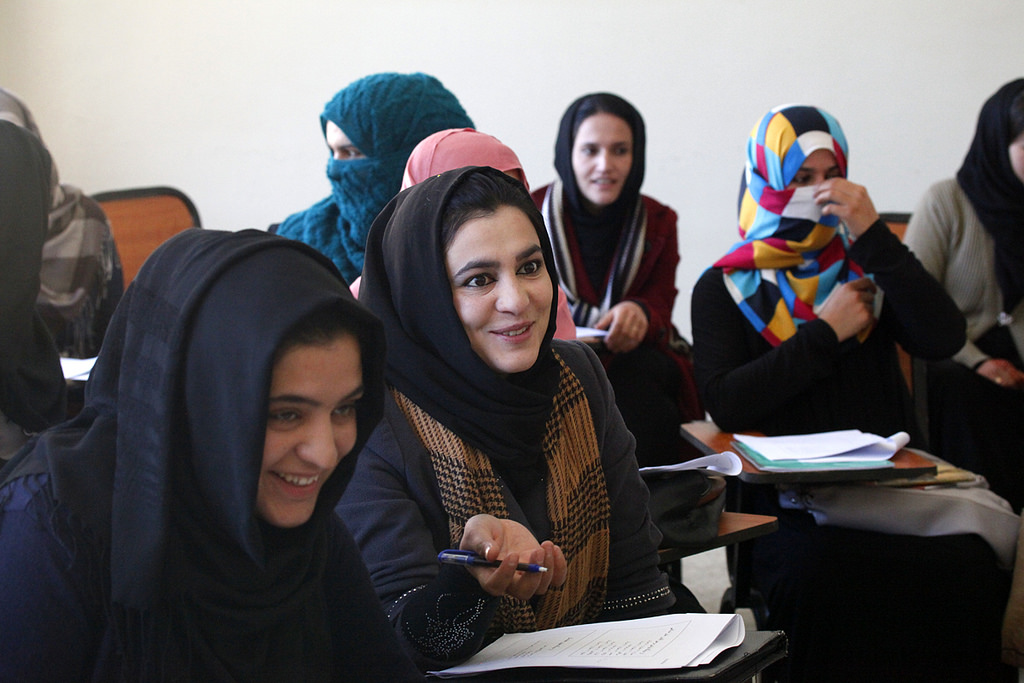 At the conclusion of the Student Senate meeting on Jan. 27, Diversity and Inclusion Director Omar Rana announced the creation of a women’s lunchroom in the Office of Multicultural Affairs.

Room 102 of the OMA is available from noon to 1 p.m. on weekdays, mainly for women on campus who require a safe space to eat lunch due to religious attire that cannot be removed in public, Rana said.

He said the process to get the lunchroom approved was lengthy and required the exploration of many campus resources, including Student Senate.

Before taking the job as Diversity and Inclusion Director, Rana was a conversation leader with International Student Services. While talking to women from the Middle East who wear burqas and niqabs, he asked how the University’s campus could be more accessible.

Zoya Khan, a freshman from Kansas City and secretary of the Muslim Student Association, said the creation of the lunchroom was an important step forward for the University.

“I think it’s about creating a safe space for Muslim women on campus, and I think that’s really allowing for that. I think it’s creating an environment of inclusivity and acceptance,” she said. “We are part of the KU community and KU is allowing for us to feel comfortable.”

Rana commended Precious Porras, director of the OMA, for her work in providing the accommodations for the lunchroom.

“The OMA really came through for us, and I do think they really deserve that gratitude from myself and from the student body for being an entity on campus that really does work, when sometimes it’s hard to find those entities that do work,” he said.

Kahn said she heard a lot of positive support from women within the Muslim Student Association about the creation of the lunchroom.

“[The reaction has been] overwhelming support and happiness. People are really excited that KU is willing to take this step forward,” she said.

Rana said there were 25 to 30 women on campus that could use the accommodation, and it was likely that three to five women would use the lunchroom on a daily basis.

“I think as long as there is that need for a student to have that sort of accommodation, the University should make that accommodation. It doesn’t really matter how many or how few are using it,” he said.

How ironic that the Diversity and Inclusion office set up a room that EXCLUDES everyone but Muslim women.

It’s almost a certainty that the MSA orchestrated the sharia lunch room effort. Not only is the MSA secretary interviewed in the article but she is pictured as well while no one from the two university offices mentioned are.

Zoya Khan is an up and coming stealth jihadist.

Khan served on the Kansas City MYNA Chapter Board and as noted in the article is a member of the Muslim Brotherhood-founded Muslim Students Association.

Background on the Muslim Youth of North America:

MYNA is connected in a significant way to the Muslim Brotherhood. Ahmed Elkadi, an Egyptian-born surgeon who headed the U.S. Brotherhood from 1984 to 1994, helped create MYNA in 1985. Moreover, MYNA was named in a May 1991 Muslim Brotherhood document—titled “An Explanatory Memorandum on the General Strategic Goal for the Group in North America”—as one of the Brotherhood’s 29 likeminded “organizations of our friends” that shared the common goal of destroying America and turning it into a Muslim nation. These “friends” were identified by the Brotherhood as groups that could help teach Muslims “that their work in America is a kind of grand Jihad in eliminating and destroying the Western civilization from within and ‘sabotaging’ its miserable house by their hands … so that … God’s religion [Islam] is made victorious over all other religions.”

And, according to a report in the Asia Times, MYNA and ISNA have both been closely associated with Tablighi Jamaat, a jihadist organization that serves as a recruiting ground for al Qaeda.

Achieving their goal much faster than they could ever have imagined.