When there are elections in the West Bank, Hamas terrorists win 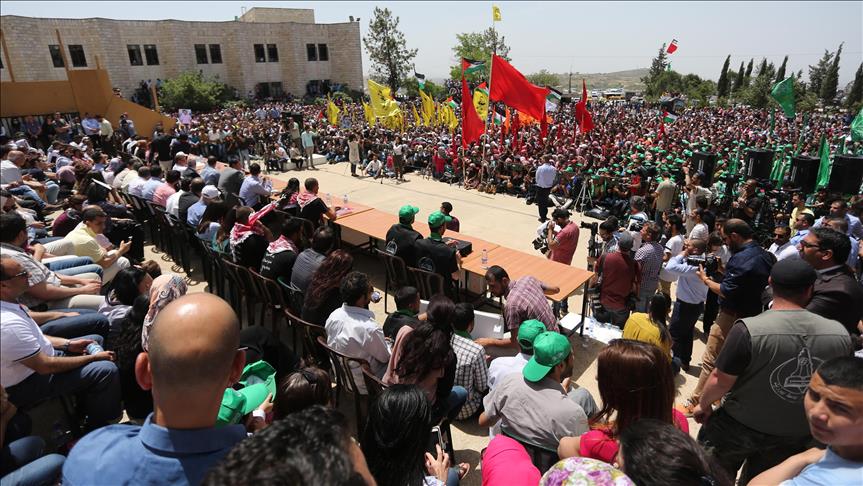 The myth of the [so-called] “moderate Palestinian” took another blow yesterday when students voted for Hamas over Fatah in student elections at Bir Zeit University.

Such student elections are watched closely by [Arab Muslim] society as a bellwether for how the people at large are thinking, especially the intelligentsia.

Hamas won 25 seats, followed by Fatah which won 21 seats. The Popular Front for the Liberation of Palestine terror group came in third with five seats.

The Hamas party openly used its support for terror as a platform. At one point in the debates, the Hamas faction drew laughter and cheers by sending a bag of lemons to the Fatah side, making fun of a music video shown on PA TV last August that said that people should show their resistance to Israel by planting lemon trees.

Notably, the Fatah faction also attempted to buttress its terror credentials by calling itself the “Martyr Yasser Arafat bloc.”

This is the second year in a row that Hamas has won the elections at Bir Zeit.

A few days ago student elections were also held at Polytechnic University in Hebron. In that case the Fatah and Hamas factions tied, while in the past Fatah had always won the elections there.

Hamas campaigns throughout the year by spending money on student materials and facilities in order to gain support, something Fatah does not do.

The most recent poll by PCPSR said that if an election were held today, Hamas Gaza leader Ismail Haniyeh would defeat Fatah leader Mahmoud Abbas by 11 percentage points.