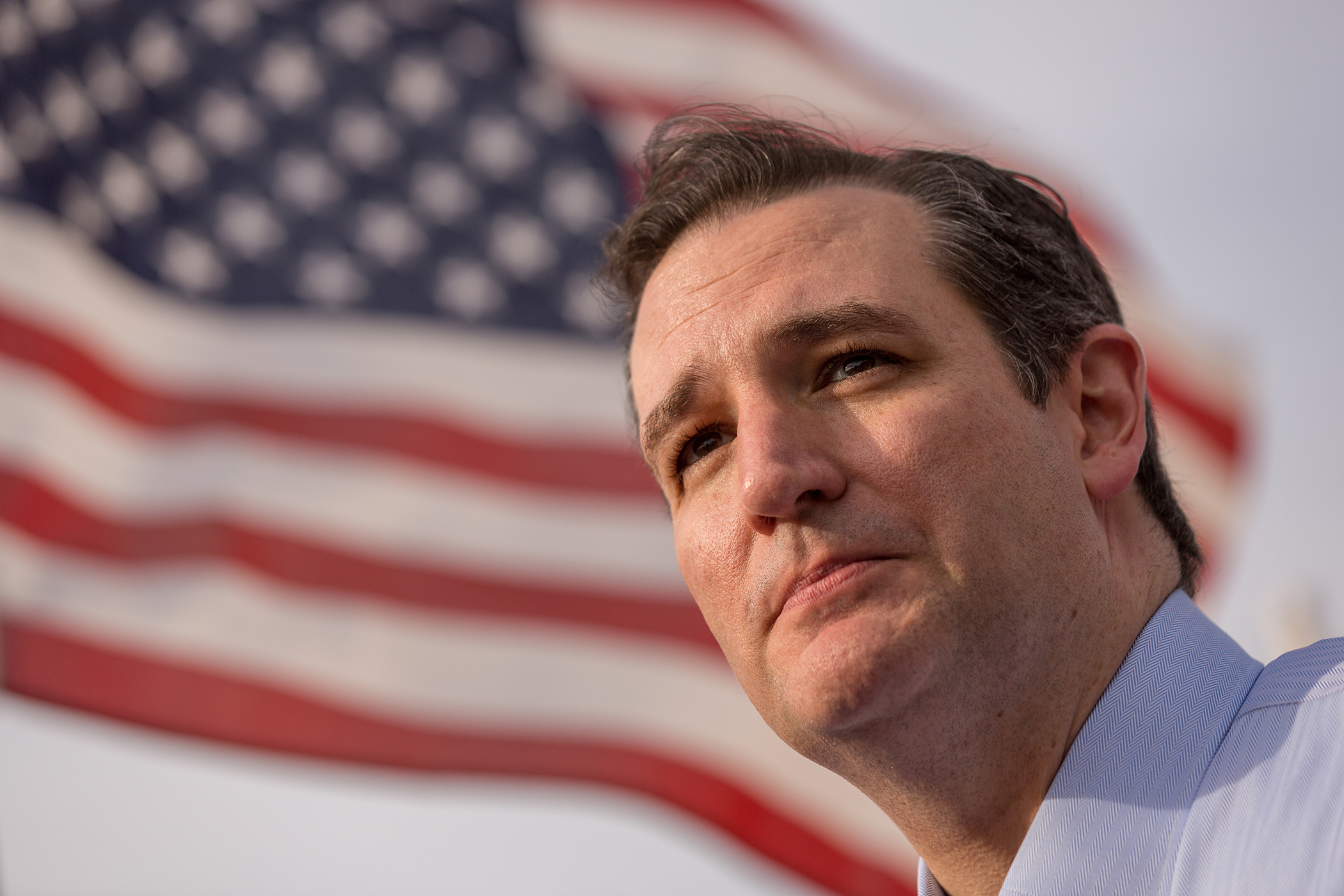 Ted Cruz has emerged as the man most likely to defeat Donald Trump and secure the Republican nomination, and he’s gaining momentum.

Gathered below are 11 reasons Ted Cruz is the best challenger to Donald Trump.

1. He’s a longtime, consistent conservative — “Cruz has made his mark in Washington as a first-term senator by branding himself an ideological purist and by directly challenging party leadership,” CNN reported Monday. Cruz has long embraced his outsider, firebrand status in the senate, and clearly went to Washington to take on the do-nothing establishment.

2. He stands for what’s right, and wins — Ted Cruz boldly stood up for free market principles when he publicly opposed government ethanol subsidies in Iowa, and won the state caucus. As National Review reported, “In a highly unusual move for a man who sought, and ultimately won, the support of Iowa caucus-goers, Cruz didn’t court, kowtow to, or bow down before King Corn.”

4. He embodies the American Dream — Cruz’s mother Eleanor was born to a working-class family of Irish-Italian descent, and his father Rafael fled Communist Cuba in the 1950s. Because of his parents, Cruz knows the price of freedom, and has achieved greatness through the American tradition of hard work.

5. He stands up for the Bible — Cruz launched his presidential campaign at the late Rev. Jerry Falwell’s Liberty University, where he delivered a speech that was just as much a sermon, Time reported. As the son of a pastor, Cruz has always lived his faith, and stood up to those who oppose religious freedom. In just two examples from his legal career, Cruz has defended the constitutionality of the Ten Commandments monument at the Texas State Capitol and the words “under God” in the Pledge of Allegiance.

6. He knows the Constitution — “As Solicitor General for the State of Texas and in private practice, Ted authored more than 80 U.S. Supreme Court briefs and argued 43 oral arguments, including nine before the U.S. Supreme Court, and has won an unprecedented series of landmark national victories,” Cruz explains on his campaign website.

7. He knows how to debate — Because of his law background, Cruz has a prosecutorial mindset, and knows how to mount a devastating argument against his opponents. “Cruz is inarguably the most experienced and technically proficient debater on stage,” Politico reported. “At Princeton, he was a championship-level competitor in the American Parliamentary Debate Association, known by peers for his exhaustive preparation and breakdown of performances after the fact.”

8. He can unite the Republican Party — Exit polling shows that Cruz has received strong support from a wide variety of demographic groups from Evangelicals to national defense hawks. Now that he’s the clear alternative to front-runner Donald Trump, even his past critics, like Sen. Lindsey Graham, have now said they support him. “I would be firmly in Ted’s camp because I think he really is a conservative,” Graham said Monday, CNN reported.

9. He defends the Second Amendment — “Last week during the Fox GOP debate in Detroit, Cruz blasted Trump for his earlier support of an assault weapons ban,” CNN wrote Thursday. “A CNN review of speeches, interviews, and court filings shows that Cruz has spent years forging ties with defenders of the Second Amendment — including a group to the right of the NRA . . . Cruz has embraced those relationships as an aspect of his candidacy that sets himself apart from his rivals.”

10. He knows how to handle immigration — Ted Cruz said he introduced poison-pill amendments to the notorious Gang of Eight bill in order to kill it, and The Washington Post fact checker stated, “There is reasonable evidence that this is indeed the case . . . Key Democrats on the committee viewed Cruz’s amendment as an effort to sabotage the bill.” Cruz has long stood for border security, and said he will repeal Obama’s amnesty plan on day one as president.

11. He can win Hispanic swing-voters – As a Latino of Cuban descent, Cruz stands to win a substantial portion of the Hispanic vote that has become increasingly crucial to winning the general election. The Cuban-American population in particular is especially strong in Florida, a state that is key to winning the presidency.