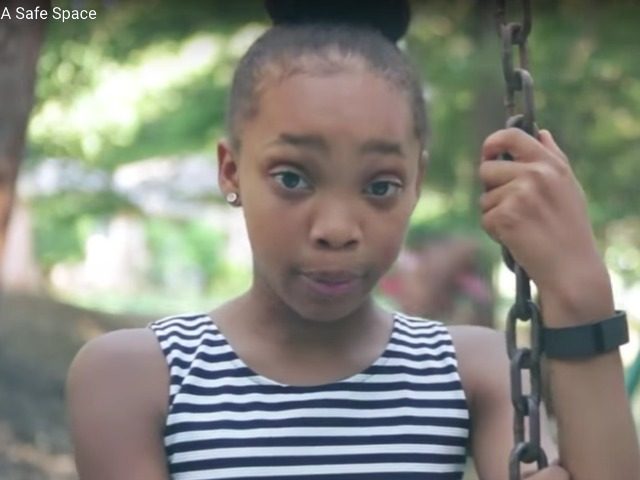 The head of the ACLU in Georgia has launched her own advocacy group because she can’t explain to her daughters why the ACLU is forcing communities to open women’s bathrooms, locker rooms and changing room to men who claim to be women.

“I have shared my personal experience of having taken my elementary school age daughters into a women’s restroom when shortly after three transgender young adults, over six feet [tall] with deep voices, entered,” said Maya Dillard Smith, interim director of the Georgia chapter of the American Civil Liberties Union. “My children were visibly frightened, concerned about their safety and left asking lots of questions for which I, like many parents, was ill-prepared to answer,” she told LifeSiteNews.

Until her resignation, Smith was one of only three African American directors of the ACLU.

She pointed out with her resignation that she supports accommodations for transgender people seeking to use bathrooms, but the ACLU is not focusing enough on compromises that preserve the safety of women and children. “I believe there are solutions that can provide accommodations for transgender people and balance the need to ensure women and girls are safe from those who might have malicious intent,” she said.

Smith has launched her own attempt to solve the transgender bathroom issue with a new website she calls Finding Middle Ground.

Smith said the ACLU is no longer an organization that supports all rights, but has evolved into a “special interest organization” that advocates only for “certain progressive rights.” The now former ACLU chief also charged that the ACLU tailors its activities to satisfy the progressives who are funding the group’s lobbying activities.

As LifeSiteNews notes, a transgender activist viciously criticized Smith. The biological male who claims to be a woman named Cheryl Courtney-Evans, called Dillard Smith a “lazy’ and “ill-educated” woman. He also called her a “bi*ch” who needs to “STFU.”

Courtney-Evans went on to defend his claim to use women’s bathrooms, saying, “What am I doing in a men’s room looking as luscious as I am, putting myself in danger?”

The transgender bathroom question has become a hot button issue, especially since President Barack Obama’s May 13 decree that over 100,000 public schools implement pro-transgender policies or risk actions by the federal government. The decree is intended to force 55 million K-12 kids to give up their sexual privacy in bathrooms and locker rooms just to validate the feelings and status of a tiny percentage of youths who think they belong to the other sex.

Already, 11 states have joined Texas in a lawsuit against the administration for what the states say is Obama’s unconstitutional decree.

Just yesterday the state of Kansas also announced it intended to take legal action against Obama over his transgender-friendly decree though Sunflower State authorities hadn’t decided if they are going to join the Texas lawsuit or file a separate action.

In general, progressives who favor transgenderism says the government should require every American to validate every person’s choice of created “gender identity,” even though a man who claims to be a woman is still a man by every known scientific measure of evolutionary life. In practice, this demand requires government to penalize people unless they use language and terms preferred by a political group.

For example, an Oregon law recently allowed a jury to award $60,00 t0 a transgender teacher because other teachers declined to use the teacher’s preferred pronoun, which is “they” rather than “him” or “her.” Obama backs similar rules for all 50 million kids in public K-12 schools, and New York City has also establish similar forced-speech rules. Canada is preparing a law that will punish people who argue against the transgender ideology.

The ideology’s demand that the state enforce a new right to “gender identity” also requires the state to ignore or dismantle many civic rules that evolved to help the two distinct sexes — men and boys, women and girls — meet their legally equal, but different and complementary, needs.  For example, the transgender ideological demand means that single-sex bathrooms and locker rooms must opened up to people of the opposite sex, regardless of age, and without any verification of created “gender identity.”

As a result, it is now an offense in Washington State to ask a man in a woman’s bathroom if he thinks he is male or female. Similarly, Obama and gay advocacy groups have slammed a popular compromise North Carolina law, dubbed HB2, because it requires people to undergo medical procedures before they can use a bathroom reserved for the opposite sex.