After Trump Calls on Russia to Hack Hillary, Now The Clinton Campaign Has Been Hacked 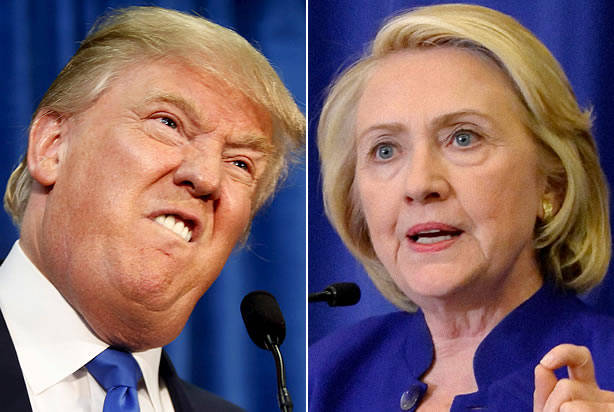 First it was the DNC, then the Democratic Congressional Campaign Committee, and now the network that is utilized by the Clinton campaign has been hacked. Reuters is reporting the Department of Justice is investigating as to whether these braches constitute a national security risk. They added that the hackers, whom U.S. officials determined are Russian, gained access to the entire DCCC network. That’s a treasure trove of campaign memos and opposition research:

The computer network used by Democratic presidential candidate Hillary Clinton’s campaign was hacked as part of a broad cyber attack on Democratic political organizations, people familiar with the matter told Reuters.The latest attack, which was disclosed to Reuters on Friday, follows reports of two other hacks on the Democratic National Committee and the party’s fundraising committee for candidates for the U.S. House of Representatives.

Hackers, whom U.S. intelligence officials have concluded were Russian, gained access to the entire network of the fundraising Democratic Congressional Campaign Committee, of DCCC, said people familiar with the matter, detailing the extent of the breach to Reuters for the first time.

Access to the full DCCC network would have given the hackers access to everything from emails to strategy memos and opposition research prepared to support Democratic candidates in campaigns for the House.

Yet, Director of National Intelligence James Clapper, who spoke at the Aspen Security Forum in Colorado this week, said that Americans needed to stop “the hyperventilation over this [DNC hack].” And that we still don’t have firm evidencethat Russia’s government directed this cyber breach. Russia has denied the allegations that they were behind the hack, saying that they do not meddle in the elections of other nations. Yet, The Wall Street Journal added that Clapper described Putin as “paranoid,” who would view meddling in our elections as payback for our alleged involvement in their internal political affairs.

Regardless, we shouldn’t be shocked if Trump takes more heat for his remarks that Russia should hack into Clinton’s email to find the 30,000 or so correspondences she deleted for being of a personal nature…according to the former first lady. That act was deemed to be a violation of the Federal Records Act by the State Department Inspector General. Trump said his remarks about hoping that Russia hacks into Clinton’s email was done in a “sarcastic demeanor”.