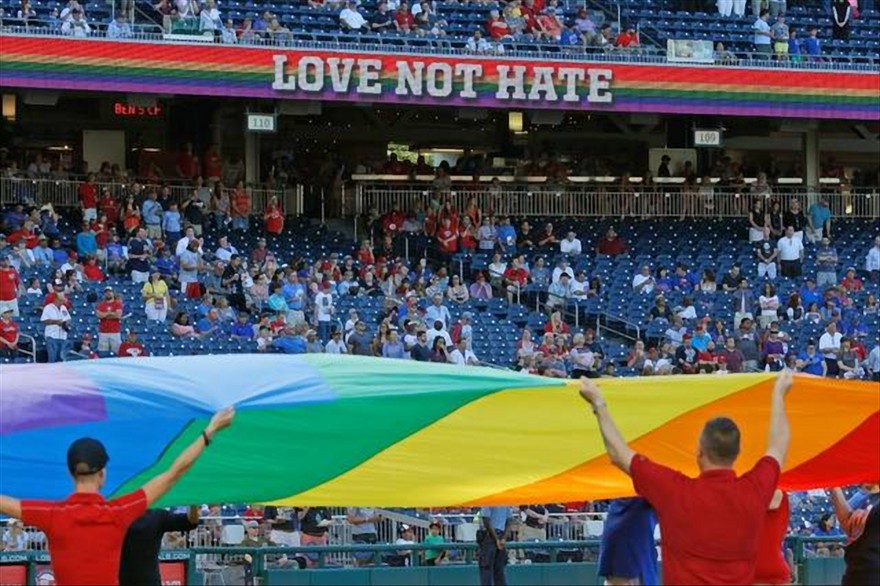 To leftists, the American flag is racist… unless it’s a gay LGBTQIAPK rainbow flag.

Owasso High School students contend officials turned them away from a school football game on Friday because they wanted to bring American flags into the event.

The incident occurred on the same night that a South Carolina high school banned students from displaying American flags at a football game.

In northeast Oklahoma, Owasso senior Brandon Conrad said several students brought American flags and other patriotic gear to the USA-themed opening football game Friday, but they were turned away and forced to stash the stuff in their cars, KFAQ reports.

“Our principal told us it was ok … but when we got there Duffield tells us it’s not ok, which is our athletic director,” Conrad said.

Senior Connor Jones told the news site the students resisted, but police refused to allow them inside with Old Glory.

“Every time we asked why and tried to justify our case they just simply came back with take it up with Duffield and he haven’t heard from him,” Jones said.

The incident sparked controversy when a video of a police officer turning a student away for the flag was posted to Twitter, and forced school officials to respond. District spokeswoman Amy Fitcher claimed officials banned the American flag in the student section because it may have blocked the view of some people trying to watch the game.

“The students, in fact our students, run on the field with an American flag and so the only thing we will review is what items in the student section would give the best game day experience for our students, the people behind them,” she said.

The incident in Owasso occurred on the same day as Travelers Rest High School principal Lou Lavely banned students from carrying American flags into a football game in South Carolina.

Lavely argued that students could use the flag to taunt Hispanic students, so he banned the flag “in the best interests of all attending the game and in the spirit of patriotism and respect for our flag,” he wrote in response to Facebook backlash about the ban.

“Any decision to not allow the American flag to be used in an improper ‘taunting,’ unsportsmanlike manner is first and foremost in the interests of promoting the safety and well-being of all in attendance at school events,” he wrote, according to WNCN.

“This decision would be made anytime that the American flag, or any other symbol, sign, cheer, or action on the part of our fans would potentially compromise the safety of all in attendance at a school event.”

Even local police disagreed with the ban, with Travelers Rest Police chief Lance Crowe telling The Greenville News “I don’t want to get into the flag-screening business.”

Once news of the flag ban went national, the Greenville County School District reversed the Lavely’s ban and injected a little common sense into the school policy.

“Instead of restricting possession of the flag, the TRHS administration will, if needed, address the misuse of the flag, or any other inappropriate behavior, on an individual basis,” Greenville County Schools spokeswoman Beth Brotherton told the news site.