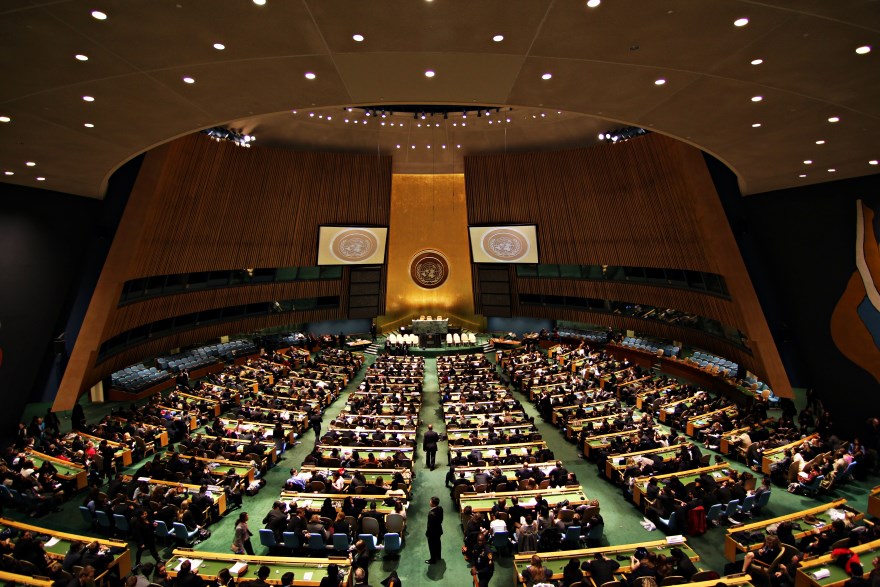 UN Security Council will vote on Thursday afternoon on resolution calling on Israel to “cease all settlement activities”.

According to the news agency, the resolution will demand that Israel “immediately and completely cease all settlement activities in the [so-called] occupied Palestinian territory, including East Jerusalem.”

The resolution states that the construction of Jewish communities in Judea, Samaria and eastern Jerusalem has “no legal validity and constitutes a flagrant violation under international law and a major obstacle to the achievement of the two-State solution and a just, lasting and comprehensive peace.”

It also “stresses that the cessation of all Israeli settlement activities is essential for salvaging the two-state solution.”

The draft was circulated by Egypt on Wednesday evening and the 15-member council is due to vote on it at 3:00 p.m. (2000 GMT) on Thursday, the diplomats said.

The resolution is a unilateral move by the [PLO] which seeks to undermine Israel and bypass direct peace talks with the Jewish state.

The PLO has in recent years several times initiated similar resolutions at the UN Security Council.

It remains unclear how the United States, which has traditionally vetoed anti-Israel resolutions at the Security Council, would vote, Reuters noted.

There have been concerns that President Barack Obama, freed of re-election concerns, will advance such resolutions or break with American protocol and refrain from vetoing them if they are voted upon before he leaves office.