Anti-Semitic fliers appear on campuses across the country 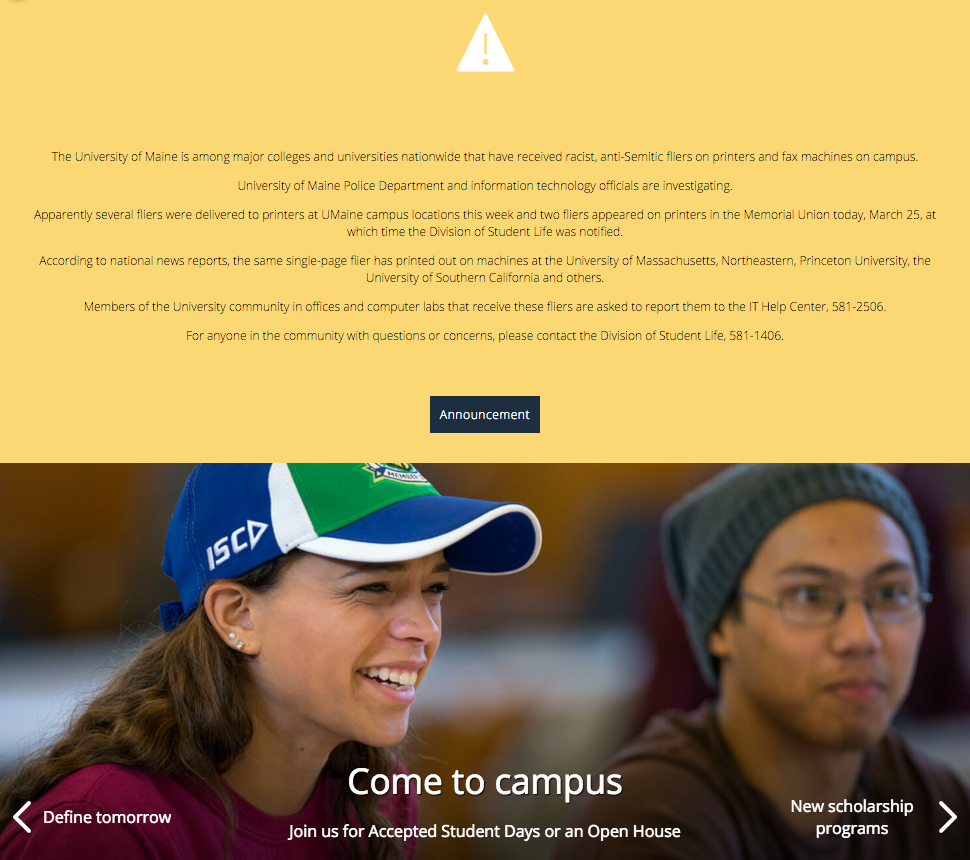 Schools have received the fliers addressed to ‘white men’ and disparaging Jewish people.

The University of Maine is among several major colleges and universities across the country that have received racist, anti-Semitic fliers on their network-connected printers and fax machines.

A representative of the Anti-Defamation League said a neo-Nazi group appears to have hacked into school information systems in what might be a new tactic among hate groups.

UMaine, located in Orono, posted an announcement on the home page of its website explaining that several fliers were sent to campus printers last week, including two that appeared on printers in the Memorial Union on Friday. Campus police and information technology officials are investigating, the announcement said.

The fliers, which are addressed to “white men” and disparage Jewish people, include links to a neo-Nazi website, the AP reported.

Robert Trestan, director of the Anti-Defamation League’s New England office, said a white power group appears to have hacked into school printers and that it’s a new tactic for a hate group.

Trestan said the founder of the neo-Nazi website has previously urged supporters to troll perceived enemies, including a Jewish member of the British Parliament, Luciana Berger, on Twitter.

Kumble Subbaswamy, chancellor of UMass Amherst, called the fliers “cowardly” in an email to students and faculty members, the AP reported.