Ben Carson: I Didn’t Want To Endorse Trump, But He Promised Me A Job 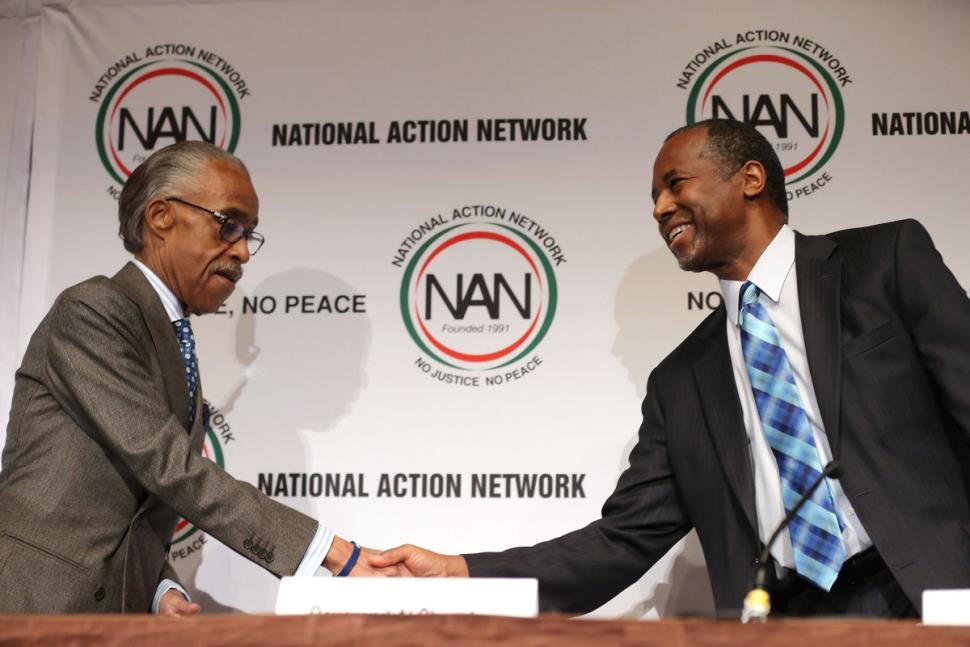 Now we know why Carson endorsed Trump after he called him a pedophile.

Ben Carson revealed on Newsmax TV Monday that he will work in Donald Trump’s administration — at least in an “advisory capacity” — if the Republican presidential front-runner is elected to the White House.

But Carson, a retired pediatric neurosurgeon who recently endorsed Trump after dropping out of the race of the GOP nomination, declined to say exactly in what capacity he will serve or whether it’s a cabinet position.

“I do believe, and certainly in my discussions with Donald Trump, he does love America and he does want to be successful. He will surround himself with very good people,” Carson told “The Steve Malzberg Show.”

Asked whether he will be one of those people, Carson responded:

“I will be doing things as well … Certainly in an advisory capacity [in Trump’s administration].”

Carson said Trump’s decision to bring him into the presidential fold came after he sat down with the billionaire developer to talk about the future.

As to whether his expertise in medicine or education will be tapped, Carson was mum.

“We haven’t handled out all the details but it is very important that we work together in this country,” he said. “Again, I’m not going to reveal any details about it right now because all of this is still very liquid.”

Carson said he endorsed Trump, despite the two having harsh words for each other earlier in the campaign, because, “I’m a big picture guy.”

“I recognize that he’s bringing in [to the Republican Party] a lot of people who were not interested in coming in before. A lot of those people were coming with me as well,” Carson said.

“Even if Donald Trump turns out not to be such a great president, which I don’t think is the case, I think he’s going to surround himself with really good people, but even if he didn’t, we’re only looking at four years as opposed to multiple generations and perhaps the loss of the American dream forever.”