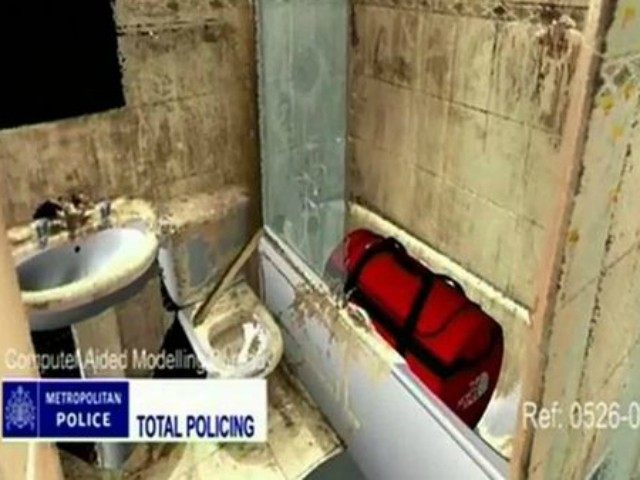 The MI6 spy who was found dead inside a holdall bag in his bathtub in London hacked into secret data held on former U.S. President Bill Clinton.

Gareth Williams was 31 years old when he was found naked, dead in his own bathtub in Pimlico, just a few minutes walk away from Britain’s Houses of Parliament.

Speculation has been rife ever since his death in September 2010 about the circumstances surrounding his death. A Metropolitan Police investigation revealed predictably, though suspiciously, that Mr Williams’ death was “probably an accident”. This was despite an initial inquest concluding that his death was “unnatural and likely to have been criminally mediated.”

Since then the unexplained death has been the subject of investigation by the U.S. Federal Bureau of Investigation (FBI). The BBC reported as early as December 2010 that Mr Williams had been on secondment from Britain’s signals intelligence operation GCHQ to MI6, and then subsequently to the United States’ National Security Agency.

The Sun reports that Williams had “dug out the guestlist for an event the former American president was going to as a favour for a pal.”

The Sun on Sunday can reveal that voicemail messages Mr Williams left for family and pals were deleted in the days after his death. And a rival agent may also have broken into the flat to destroy or remove evidence.

The inquest was barred from discussing Mr Williams’s work in public. But sources say he was helping on the joint monitoring network Echelon, which uses sophisticated programs to eavesdrop on terrorists and criminal gangs, particularly those in Russia.

A source said: “The Clinton diary hack came at a time when Williams’s work with America was of the most sensitive nature.

“It was a diplomatic nightmare for Sir John Sawers, the new director of MI6 at the time.”

Insiders claim Mr Williams, who had been given a second passport with a fresh identity, was also getting fed up with living a secret life. He is said to have loathed his spy training after having his wrist broken during one hardcore session.

Mr Williams, a keen cyclist originally from Anglesey, North Wales, died shortly after returning from a hacking conference in America.

He had been to see a drag queen show by himself two days before he was last seen alive, on August 15, 2010.

Eight days later his naked body was found folded into the 32in by 19in bag placed in the bath of his flat in Pimlico, central London.

His mobile phone and sim cards were laid out on a table. The last computer evidence of him being alive showed him looking at a cycling website.

A number of theories exist about Mr William’s death, including that of a scorned ex-lover, a “Kremlin car” driving past his house, and some bizarre sexual fantasies that Mr Williams may have played out and taken too far.

Mr Williams had no alcohol or drugs in his system when he was found, and the inquest found that he would not have been able to seal himself in the bag alone.

The Metropolitan Police refused to comment on the new revelations that Mr Clinton’s security details may have been breached by Mr Williams.