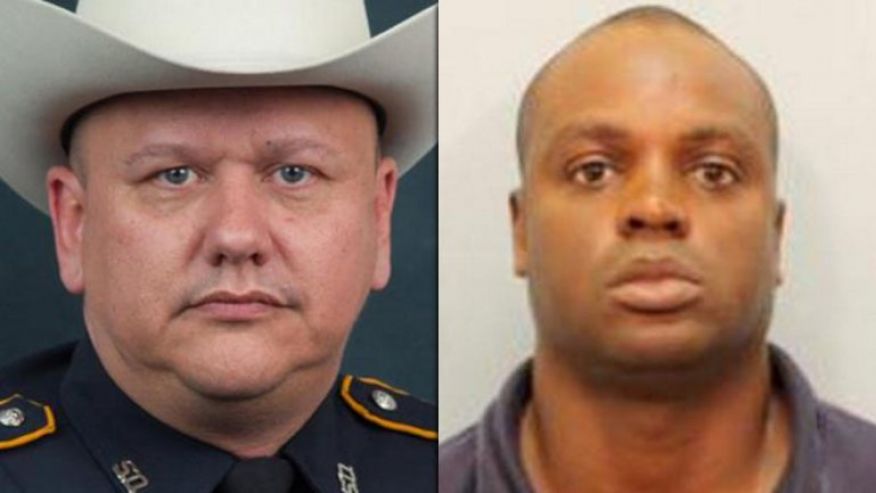 “Deputy Goforth had no previous contact with the suspect and it appears… to be clearly unprovoked.”

hannon J. Miles, the suspect in the brazen execution-style murder of Texas Deputy Darren Goforth while the latter was pumping gas, has been arrested and charged with capital murder, Politistick reports.

Goforth was ambushed while in uniform and on duty by someone who approached from behind and shot the deputy in the back of the head. Witnesses say the shooter then stood over the fallen Goforth and fired more rounds into him.

Miles, who has been in custody since the search of a home in the Copperfield subdivision in Northwest Houston at 2:30 a.m., approximately one block from where the assassination took place, is a 30-year-old black male with a prior criminal history of arrests for resisting arrest, trespass, evading detention and disorderly conduct with a firearm.

​Two bags of evidence and a weapon were reportedly discovered during a search of the home in question. Ballistics apparently has confirmed that the weapon is a match for the one used to kill Goforth.

At a press conference, Sheriff Ron Hickman called the murder a “senseless and cowardly act” but noted that no motive has been determined yet:

“As far as we know, Deputy Goforth had no previous contact with the suspect and it appears at the outset to be clearly unprovoked.”

He praised law enforcement throughout the county that worked together to find the killer:

“I’m proud of the men and women that have worked swiftly to apprehend the responsible person who posed a significant threat to both law enforcement and the community at large,” Sheriff Hickman said. “We continue to evaluate the mountain of evidence collected by investigators and are actively interviewing witnesses that may have additional knowledge of the incident.”