Parents of an illegal alien who died while attempting to enter the United States illegally on a panga boat off the southern California coastline are suing three agents with U.S. Customs and Border Protection (CBP). 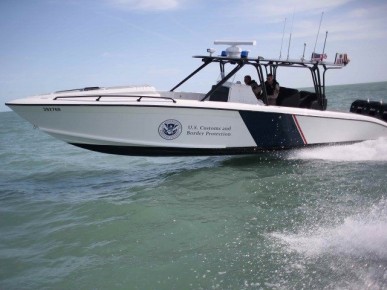 Three CBP Office of Air and Marine (OAM) agents are named in the lawsuit filed August 20 over the death of 32-year-old Graciela Lopez Franco of the Mexican state of Jalisco, according to the San Diego Union Tribune.

Early morning on June 18, agents with CBP OAM spotted what appeared to be a smuggling boat carrying approximately 20 passengers off the coast of Encinitas, California. According to CBP, the agents made multiple attempts to hail the pilot of the vessel, but the boat failed to yield.

Given the failure to yield, agents fired two warning shots. The vessel’s pilot still did not yield. The boats then collided. The smuggling vessel then capsized, dumping the 20 individuals into the water. Agents pulled everyone out of the water and began giving administering CPR to one unresponsive woman. She was flown to the hospital, where she was later pronounced dead.

The lawsuit alleges that the CBP boat rammed the panga, according to the U-T.

Lawsuits are a familiar occurrence when it comes to immigration activist organizations. Breitbart News previously reported on the ACLU (American Civil Liberties Union) actively seeking out illegal aliens who have been returned to Mexico in what is called a return-and-sue effort.

A 2014 report details a Texas rancher who said one of his biggest fears is being sued by illegal immigrants who may be injured or die while crossing his property. Attempts are constantly made to circumvent immigration checkpoints and the rancher says illegal entrants are regularly found on his property.

All 20 in the boat were suspected to be attempting to enter the country illegally. Most have been detained in the U.S. as material witnesses in pending criminal charges against two alleged smugglers. The U-T reported that one of the individuals charged in the alleged smuggling attempt claims he simply helped with fueling the boat in exchange for a $4,000 discount on the $10,000 smuggling fee he was charged to cross into the U.S.

Agents with CBP in southern California have described extreme measures that human smugglers will go to in transporting their cargo at sea. Some have described smugglers taking boats far out to sea into international waters in order to avoid detection. It is unknown how many of these boats and their occupants may have been lost to the sea.